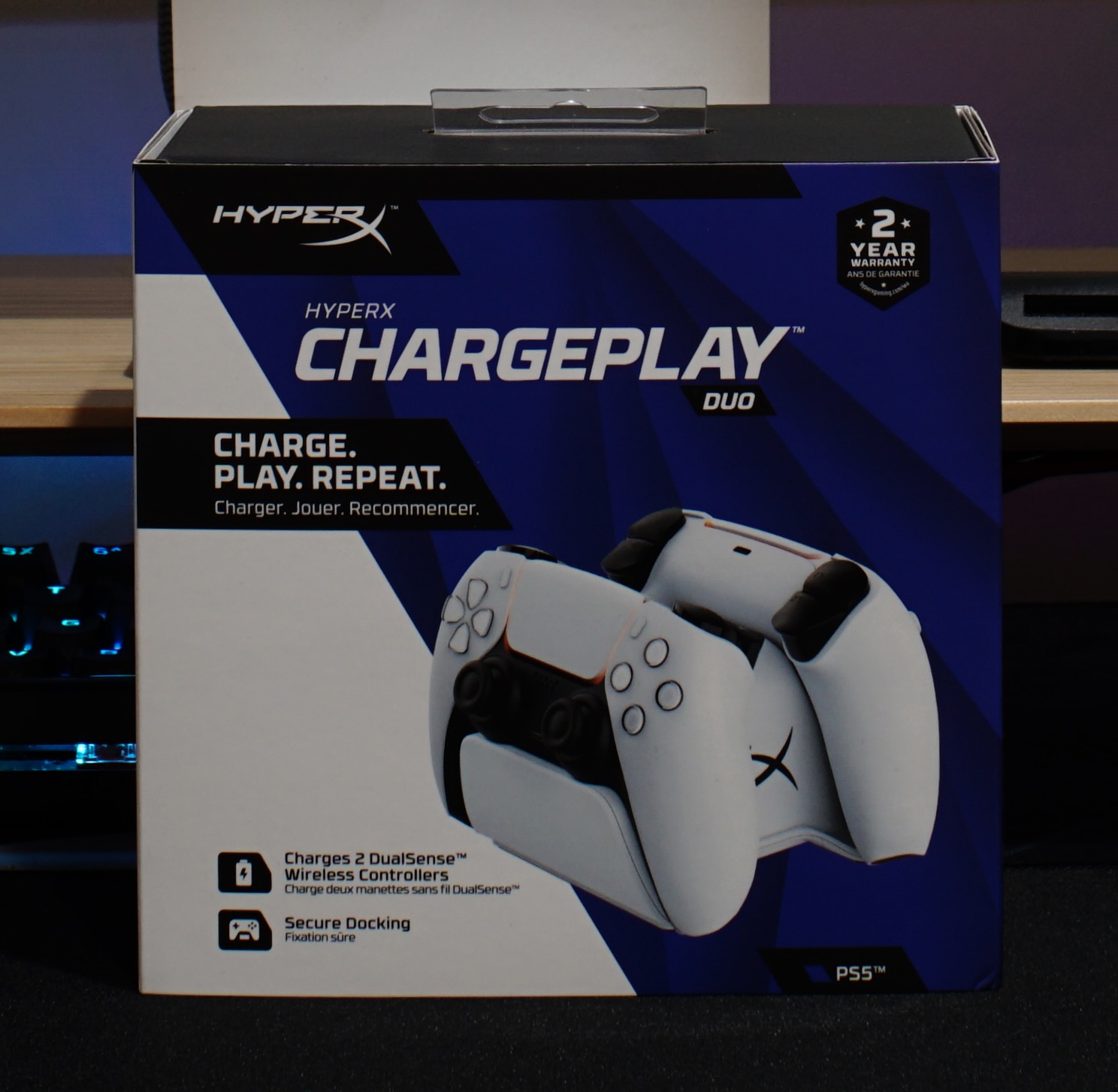 When it comes to certain products, there is a sense of function that goes with the design or concept. I don’t need to worry about a headset because they largely have the sizing, fitting, and cushion down to a science, at least at certain price levels. It’s the little things that tend to be the hardest. This was a lesson with the desk, a couple of bags we’ve covered, and an ongoing battle with things like mousepads. With HyperX expanding their ChargePlay Duo to include PlayStation 5 it seems like a win, but it raises the question of how it fares against Sony’s official dock. With some solid potential and good looks, is the HyperX ChargePlay Duo for PS5 the definite pick or does it fall short?

One thing I like about HyperX’s packaging is how it adapts to the product. It doesn’t come up terribly often, like the Pulsefire Haste we reviewed came in a monotone box to match the white mouse, but with this being a strictly PlayStation product, the traditional red color is a more regal blue. Naturally, there isn’t much to the packaging besides a simple explanation of what it does, including accessories and some helpful details like it being a weighted product. Inside is about the same, with the outside cover being a sleeve around a simple black box holding the charging station.

With ChargePlay Duo outside of the packaging, we can get a good look at what it does. The white color matches PlayStation 5’s theme, looking perfect with the included controller on it, with a nice black contrast for unused portions. On the bottom are two large rubber feet to hold it securely in place, with just enough weight to help keep it in place.

Putting a controller on it is pretty simple. You place it near the cutout, and it will slowly guide it in place. Occasionally it will trip up, either from being slightly off or too quick of an interaction, but it’s usually incredibly straightforward. Charging also works relatively well. I played a couple of intense sessions, placed it on, and PlayStation 5 reported full battery by the time I was ready to go again.

While these aspects are to be expected, it’s important to talk about the differences between this one and the one Sony sells. This was actually something I bought back when PlayStation 5 was first released, and it really is a solid product with some annoying aspects, two of which HyperX corrects.

For all the things Sony got right, they wanted this station to be sleek as possible. This is accomplished by using an AC power connection, meaning there is a roughly 3×2 inch box, along with another cable for power. These are not the best for cable management and make it incredibly difficult to replace. HyperX went with a much larger design, which affords them a simple USB-C connection. A USB-C to USB-A cable is included, though no charging brick. However, any you have lying around should work fine.

Some Pics Of ChargePlay Duo Next to the Official Sony Station

The other is getting at either controller. With the Sony station hiding one controller behind the other, it can be somewhat awkward to pick it up. This can be corrected by placing the dock to the side, except this will cause the wire to be visible. ChargePlay Duo has the opposite issue. If you want to have the controller front facing, the cord will be visible on one of the two sides.

Despite these positive aspects, there are some negatives as well. HyperX really is a more substantial unit. Anyone with a more minimalist look will probably not find it as pleasing as Sony’s station. The color choice also has less of an impact, as the white is only visible from the side.

There is really only so much that can be said about a charging station. HyperX, like the official, will do the job when you need it without worrying about a wire. Personally, I prefer HyperX’s use of a USB-C connection, making it easier to work in multiple places or situations and fewer wires to worry about. Add in easier access to the second controller, making it a safe choice.

[Editor’s Note: HyperX ChargePlay Duo for PS5 was provided to us for review purposes.]

Securely holds and charges a controller

Looks nice on a desk or near your television

Somewhat on the larger side