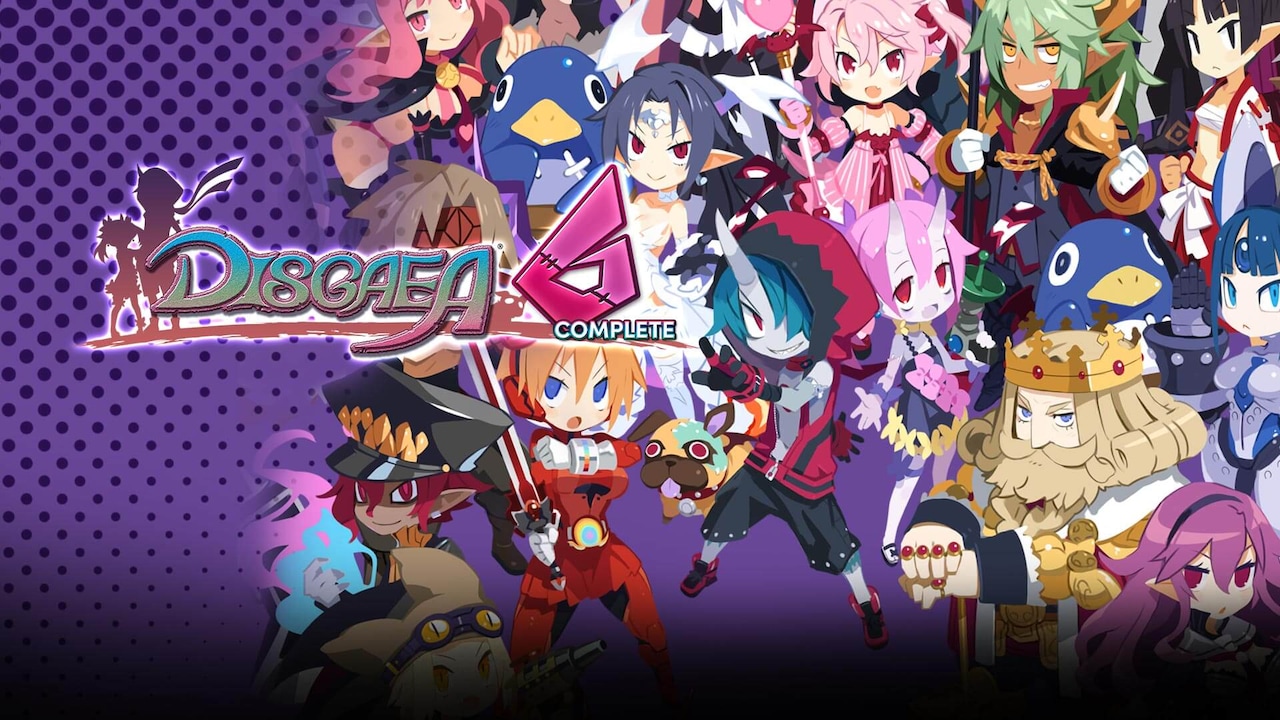 Nippon Ichi Software really hit gold when they released the original Disgaea title. The satirical take on RPG norms was really the perfect mixture of quality gameplay, interesting and funny storytelling and content. It brought a lot of new ideas to the table, which were further refined and then further enhanced in later titles. It wasn’t until Disgaea 4 the series hit a new high, with a character arc that was so popular it spawned new jokes and references for the series. With Disgaea 6 Complete going in a new art direction and games changing substantially since Disgaea 5, is it another highlight or did it lose something along the way?

The initial premise for Disgaea 6 Complete is very familiar to the iconic Futurama episode, Where No Fan Has Gone Before. Players are slowly introduced to the series of quirky characters, starting with Zed, as they recount their adventure to Ivar and a court of their peers. It’s an interesting take for the adventure, but it manages to capture the most common recurring elements in the franchise, in a way that feels fresh and different. Even the eventual twist goes in an interesting direction, one that comes a bit late, but saves the overall narrative. Surprisingly, the weakest link in this adventure is actually the gameplay.

In a lot of ways, Disgaea 6 Complete is a rather surreal adventure. Like someone understands what goes into a Disgaea game, but lacks the knowledge, experience, or possibly just understanding to make it work. This can be seen with the story, though it’s more evident in the way various mechanics work.

Part of the fun of the original six or so titles was slowly working your way through a normal RPG adventure, only to find out there are impossible foes well beyond your current power. It was interesting because the final story bosses were usually in the 100 range, like Disgaea 5 ends at level 120, and slowly worked their way into the thousands before hitting the cap of 9,999 and later Land of Carnage increasing stats into the astronomical range. Almost everything about Disgaea 6 is inflated to the point where it feels like a parody of itself.

An Idea How Complicated the Stats Get

No one starts by doing five or 10 damage, it’s something like 10,000. Players don’t slowly work their way up to level 100, you defeat some nobodies and after training, you’re given an obscenely high level. The narrative slowly builds up to a final confrontation against a 9,999 boss, resulting in players fighting even more absurd figures. Part of the issue is that, after a certain point, numbers lose their charm and there is also a sense when they become difficult to even understand. I mean, this is a game that goes to level 99,999,999 and numbers move to mathematical equations to even explain their impossibly large scale.

This “bigger is better” logic doesn’t just appear in leveling and story, it’s a fundamental part of the experience itself. Similar to previous titles there is an even more advanced difficulty through Carnage Dimension, which is pushed even further with the even harder Rakshasa Dimension. Costs slowly become impossibly large sums that are earned through stages that offer equally staggering amounts that take a lot of the fun out of it.

Nippon Ichi Software seemingly understood this and also hurt the overall enjoyment by adding autoplay. I want to be clear, this is an amazingly well-done system where players can fully automatic tactics and experiences to eliminate mundane parts of the game. The issue is the lack of restrictions. I could go to work, take a shower, watch my favorite show or just sleep and have Disgaea 6 Complete play itself. This was something I tested just to see how far it could theoretically go and hit the initial cap by the time I work up. It won’t trivialize everything like I needed to understand and use the mechanics to beat the post-game fights, just the path to these things.

Even if I am down on a lot of Disgaea 6 Complete, I want to praise it for correcting one of the most notable issues, optional characters. Instead of having a wide array of foes from past entries or different experiences, there is Baal and the original Disgaea crew of Laharl, Etna, and Flonne. Adell, Rozalin, Girl Laharl, and Asagi were also added as free DLC, along with the Hololive colors, but it still left a rather substantial hole in the number of beloved characters. Here players get the remaining eight characters, including fan favorites like Valvatorez and Usalia. These are also done through optional stages with amusing dialogue and moments that really add to the experience.

Another highlight is, quite honestly, refining a lot of the systems. Even if Disgaea 6 Complete went too far in making things accessible, by eliminating the need to even try, it has never been easier to progress and enhance your character. A lot of the versatility options give monsters a new edge that makes them more viable overall. They’re good choices that should help newcomers get into the franchise.

Finally, I want to touch on the art and performance rather briefly. Despite not being the most attractive art style for the franchise, they tried their best to add fun and life to the various skills and experiences. I wouldn’t say the art bothered me long-term, with some skills or moves actually benefiting from the new direction. Performance is also better on PlayStation than we saw on Switch. This shouldn’t come as any surprise, just wanted to note if that was an issue you had with the original release, it probably won’t apply to you here.

To be completely honest, Disgaea 6 Complete is not a bad game. It has everything that made Disgaea successful in the past, with even more accessibility, but it ends up in such a weird place. Everything is grander and more expansive, resulting in it actually detracting from what it’s supposed to build on. Auto play is also amazing for busy players that can’t invest 10 hours to beat the same stage for the perfect character, even though it often detracts from making the countless moves needed to actually win a stage. There are ways to find better balance and I do hope the franchise finds them, because it leaves Disgaea 6 Complete in a better place than the original, but not by much.

[Editor’s Note: Disgaea 6 Complete was reviewed on PS5 and a copy was provided to us for review purposes.]

Story is interesting and builds to a satisfying conclusion

For those who actually play it, Disgaea 6 is a good tactical RPG

Art style will likely grow on you overtime

The most accessible title yet

Includes the DLC, so more optional players to enjoy

Numbers get so high they actually lose value

Auto play can trivialize everything if you let it

Most post game stages are the same thing with bigger numbers