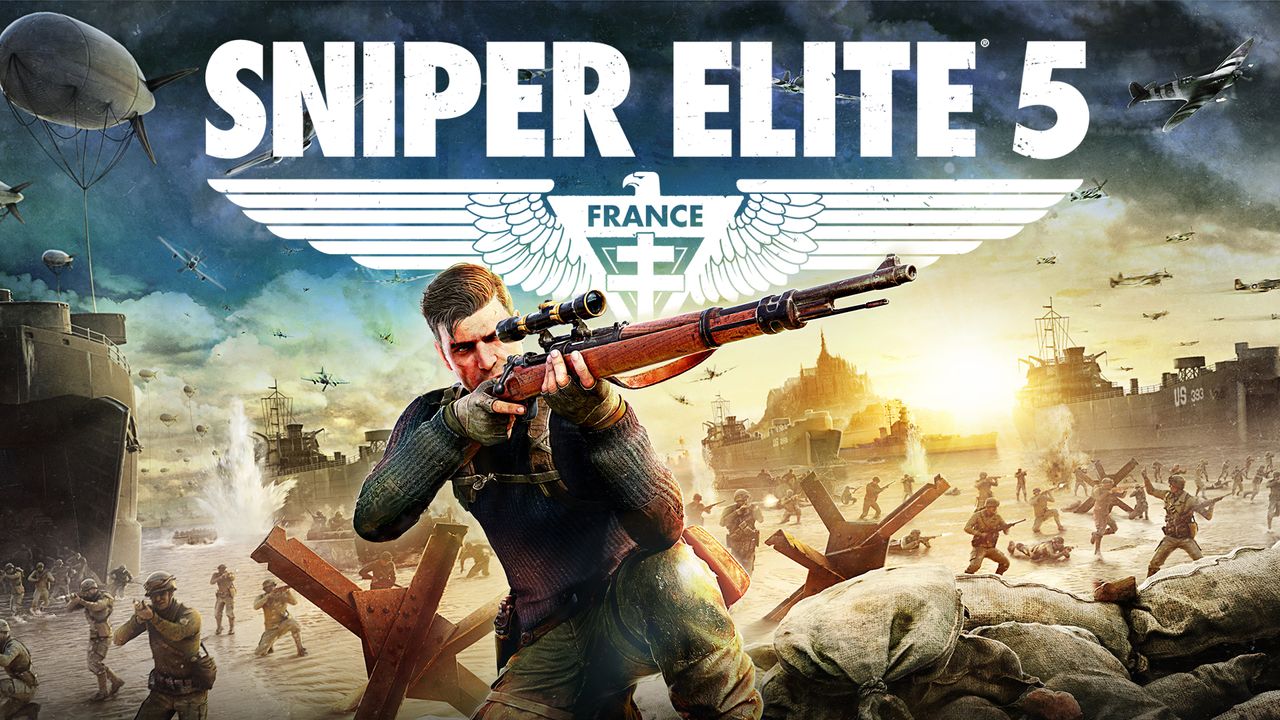 Rebellion has been hand-crafting playgrounds for digital snipers since 2005. Since the Sniper Elite series’ inception, we have peered through the scope belonging to the longstanding protagonist, Karl Fairburne. It has been a long five years since we wrapped up our time with the boogeyman that haunts Nazi’s dreams in the last entry, Sniper Elite 4, barring the VR-only installment. Now, Rebellion is ready to bring the ever-deadly Fairburne back into the action.

In the prior two installments, we ventured throughout North Africa and Italy, partaking in various World War II campaigns. Sniper Elite 5 now sees our overly gruff marksman extraordinaire travel to Nazi-occupied France in 1944 around D-day. Our renowned sniper links up with US Rangers embarking on a covert Atlantic Wall raid operation, before winding up stranded behind enemy lines and fighting alongside the French Resistance. As Fairburne continues into enemy territory, a nefarious Nazi plot codenamed Operation Kraken is uncovered. With the stakes at an all time high, it’s up to the feared marksman to put an end to the plans before they can take root.

The campaign spans nine missions, each containing relatively open maps with distinct personalities. Players will sneak through grim industrial sites and exchange bullets across the rustic English Channel countryside. Each level is brimming with pathways to be taken, secrets to be uncovered, and optional objectives to be completed. Exploration is key. Scale the vines on a building and you might find a rear entrance to a supply room; snag some documents off a desk and you may be able to forgo the explosive satchel route to open a safe thanks to having the combination in hand; eavesdrop on German soldiers and you could uncover a side objective nearby, begging for Karl’s intervention. Sure, players will still spend ample time observing the landscape through their scope (or binoculars) and aligning crosshairs ever so meticulously, but Sniper Elite 5 supports a wider array of pathways and playstyles than ever before, made glaringly apparent through the lengthy list of customizable gameplay settings and expanded systems

Sniping remains at the core of the game. I mean, it is called Sniper Elite after all. And it wouldn’t be a Sniper Elite game if it didn’t have that grisly x-ray kill cam at the forefront of its features. Sending bullets through the squishy skeletal images is as grotesque and satisfying as ever, and further enhanced by the ridiculous ragdolls that follow. Depending on the chosen gameplay settings, factors such as bullet drop, heart rate, and wind must be taken into account before pulling the trigger on that rifle.

Fairburne has a more limited list of rifles in his armory to send slo-mo bullets through Nazi skulls this time around, with only six choices available at launch. That said, the available modifications go well beyond what we have seen in past games. Ammo types, sights, barrels, muzzles, magazines, stocks and receivers are all up for grabs if the unlock prerequisites have been met. Swapping out parts will directly impact the weapon’s core stats: power, rate of fire, control, and mobility. Furthermore, modifications can also raise or lower the audible range of a given firearm. Subsonic rounds and a suppressor are sure to keep things quit, but throwing on a muzzle brake and match grade ammo will let a fair portion of the map know the player’s whereabouts.

Rebellion has also elevated Karl’s other armaments to bring them somewhat up to par. In addition to hosting the same level of customization as detailed above, secondary weapons can now be viewed with full first-person ADS, making them even more viable in a variety of tense scenarios. Aiming down the sights of the Welgun and M1911 as Karl navigated through the tight corridors of an underground bunker was a memorable gameplay moment, only lessened by a touchy automatic cover system. These close quarters moments, complete with either non-lethal or lethal takedowns, evoked memories of days stalking targets in Splinter Cell: Chaos Theory.

Much like Ubisoft’s fondly remembered classic, Sniper Elite 5 boasts cooperative play. Two players can take on the entirety of the nine-mission campaign together, coordinating strikes, sharing ammo, and playing medic during those crucial downed moments. The creativity on offer in the single player experience is amplified with two players as strategies can be made more complex. Players can take on sniper-spotter roles for a more traditional playstyle or opt for submachine gun-wielding saboteurs, quietly clearing the streets. If more friends want to band together, the four-player Survival mode offers up three maps sporting four objective areas each. Groups will need to band together to fend off the waves of German soldiers filing in if they wish to reach the end alive.

And now we have reached what is easily Sniper Elite 5‘s most intriguing addition: Invasion Mode. Whether running the campaign solo or with a friend, players have access to an option for Axis Invasion. If enabled, the campaign is opened up for an enemy player to invade in the form of the Sniper Jäger. This player-controlled opponent has unique skills to help them hunt down Fairburne (and his co-op ally, if present). Personally, I would not have been a fan of this feature in the past. But coming hot off the heels of the Elden Ring hype, getting invaded brings that same adrenaline. The first time I was invaded, I immediately navigated to the nearest Invasion Phone to pinpoint the location of the hostile sniper. It was a bold move since I didn’t have eyes on the phone prior to my interaction and the Sniper Jäger can sabotage the phones to explosive effect. What ensued was a deadly game of cat and mouse. I not only had to watch out for the glint of my player-controlled enemy, but also the mostly competent AI soldiers still closing in on my position and reporting my location. It’s an exhilarating experience regardless of if you are the one invaded or the one doing the invading.

It is worth mentioning that there is a more traditional multiplayer component that comes bundled with four different modes. However, testing mutliplayer in a pre-release environment proved all but impossible. The No Cross mode, where teams are forced into long-range engagements due to an impassible barrier, seems like the most unique. However, I can’t render any final judgment on this piece of Sniper Elite 5 at this time beyond how “interesting” the descriptions sound.

Sniper Elite 5 may still be an iterative release all things considered, but the time away from the series coupled with the tightened mechanics and UI have made for an exceptional return. Some light jank is still present in the form of awkward animations in certain instances. And although the environment welcomes exploration, there were moments that I was surprised to find I couldn’t vault a low wall or that an invisible wall prevented traversal up a hill. In spite of these minor inconveniences, the replayability is reminiscent of IO’s recent work with the Hitman franchise, a comparison furthered by the fact that Rebellion added in special targets via a Kill List that award players for performing the elimination in a particular manner. Whether you are looking for a casual sniping experience or a mil-sim affair, Sniper Elite 5 empowers players to customize their game, guns, and approach to their liking.

Sniper Elite 5 brings the series back with a bang, reminding us why we fell in love with Rebellion’s tactical third-person shooter all those years ago. Nearly every aspect of the longstanding formula has been tightened up and given greater flexibility to allow for all styles of play and realism (or lack thereof). Only a couple irritants remain of its former self, involving a few odd animations and deflating moments of blocked exploration. Overall, Rebellion has managed to elevate their signature tactical experience and provide the most enticing sniping package yet.

[Editor’s Note: Sniper Elite 5 was reviewed on PC and a copy was provided to us for review purposes.]

Your Guide to Destiny 2 Season 17 [Updated]