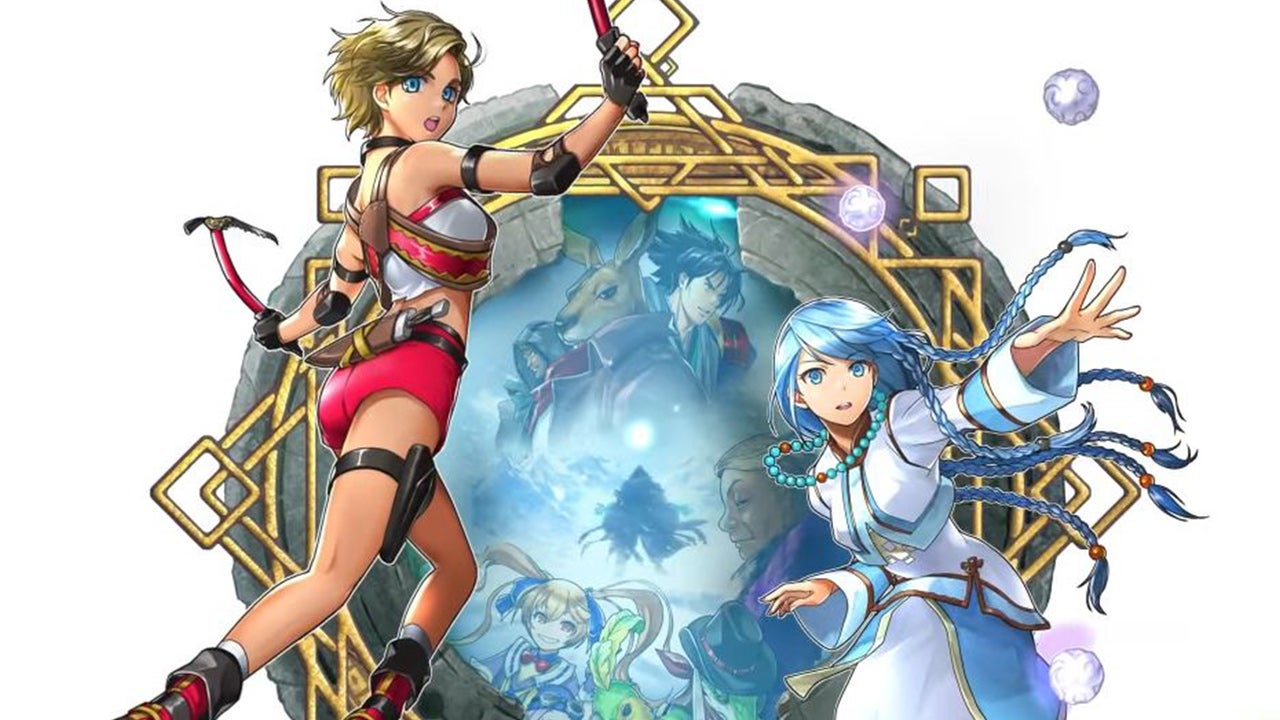 Many JRPGs are released every year and many of them are very long. While it’s worth your money to play a game for many hours, sometimes people who work or go to school cannot complete everything.

Well, Eiyuden Chronicle: Rising is a new 2.5D action RPG that most people should have no trouble completing. Even though it’s your typical style of JRPG, many people will be happy to hear that the game is only around 12 to 15 hours long. You don’t have to sacrifice your life if you want to finish it!

Before I talk about the gameplay, it’s worth noting that Eiyuden Chronicle: Rising is a pretty-looking game. Sure it does not have the AAA budget such as Horizon Forbidden West or Elden Ring, but its 2D style character models look bright and cute.

Players will also love the diverse locations that you will visit in this game too. Some of the levels you will encounter include the Great Forest, The Quarry, and even a Snow Peak. You will also visit a nice little town called New Neveah where you will spend a lot of time inside.

At the start of the game, you will assume the role of a young 16-year-old girl named CJ. She has just left home and wants to explore the world in search of some interesting treasure. Before she is able to do that, she encounters the town of New Neveah and she has to help the village prosper.

In the beginning, New Neveah lacks shops and facilities. Due to this, CJ will have to venture to the outside world to collect resources. The more resources that she collects, the better the town will be for her and her future adventures.

Eiyuden Chronicle: Rising feels like an easy and simplistic game when you first start playing it. This is because CJ is only by herself at the beginning, and she only has some basic attacks. She does however have a useful unique ability that allows her to dash to dodge enemy attacks.

While CJ is alone at the start, she gains some other party members to help fight enemies as you progress. The two next party members are a Kangaroo named Garoo and a little blue-haired girl named Isha. What I like most about CJ’s party is that every character plays differently from one another.

As an example, CJ is quite fast using her axes and dashing ability. Garoo on the other hand is slow, but he makes up for it using his powerful sword. You will need to use his sword to break shields and rocks that come at you! Lastly, Isha is great to use because she can use magic attacks and can shoot projectiles from afar.

The only disappointing thing about combat is that you can only use one character at a time. You do however can do juggle combos where you tag in your partners to do real big damage to enemies and bosses. Even though you can only control one character, you can easily call them in at any time if you want to vary up the combat.

Newer abilities and weapons become available once you build the correct facilities inside New Neveah. You will need to make good use of the shops that you open because the enemies in this game get progressively harder. If you don’t level up your characters properly, you’re going to have a tough time completing this game.

Another thing I like about the game is that it includes many checkpoints and fast travel locations. Instead of needing to travel back and forth all of the time to town, you can fast travel lots of times to replenish your health. This becomes really useful if you save just before a certain boss fight.

Speaking of boss fights, they are enjoyable and fun too. Unlike the hard bosses in Elden Ring, the bosses in Eiyuden Chronicle: Rising are easier to take down. This is thanks to most of them having an easy pattern for you to follow and exploit. Garoo became very useful during boss fights thanks to the power of his sword.

As fun as this game may be, there are some minor flaws that prevent it from being a masterpiece. One thing that is sorely missing in this game is voiceovers. Even though the music is amazing, it can be a little boring when you have to read a lot of dialogue boxes.

One other thing that bothered me is that there is a lot of backtracking too. Here in this game, you have to visit the same levels over and over again in order to unlock new paths or collect resources. It can be a bit tiresome seeing the same locations multiple times, and it would have been cooler if there were more levels for you to see.

Lastly, I also feel that the difficulty spike steepens when you are nearing the end of the game. I breezed through the game quite easily until the last third of the game played out. For some reason, the enemies get more annoying as you progress further!

Overall, Eiyuden Chronicle: Rising is a fun action RPG that will appeal to fans of 2D-style games. The combat is fun and easy to learn, plus the soundtrack is awesome to listen to. You should definitely pick this game up if you like RPGs.

[Editor’s Note: Eiyuden Chronicle: Rising was reviewed on PC/Xbox Series X and a copy was provided to us for review purposes.]

Not too long or short

Difficulty spike near the end

MultiVersus' Alpha is Off to a Good Start