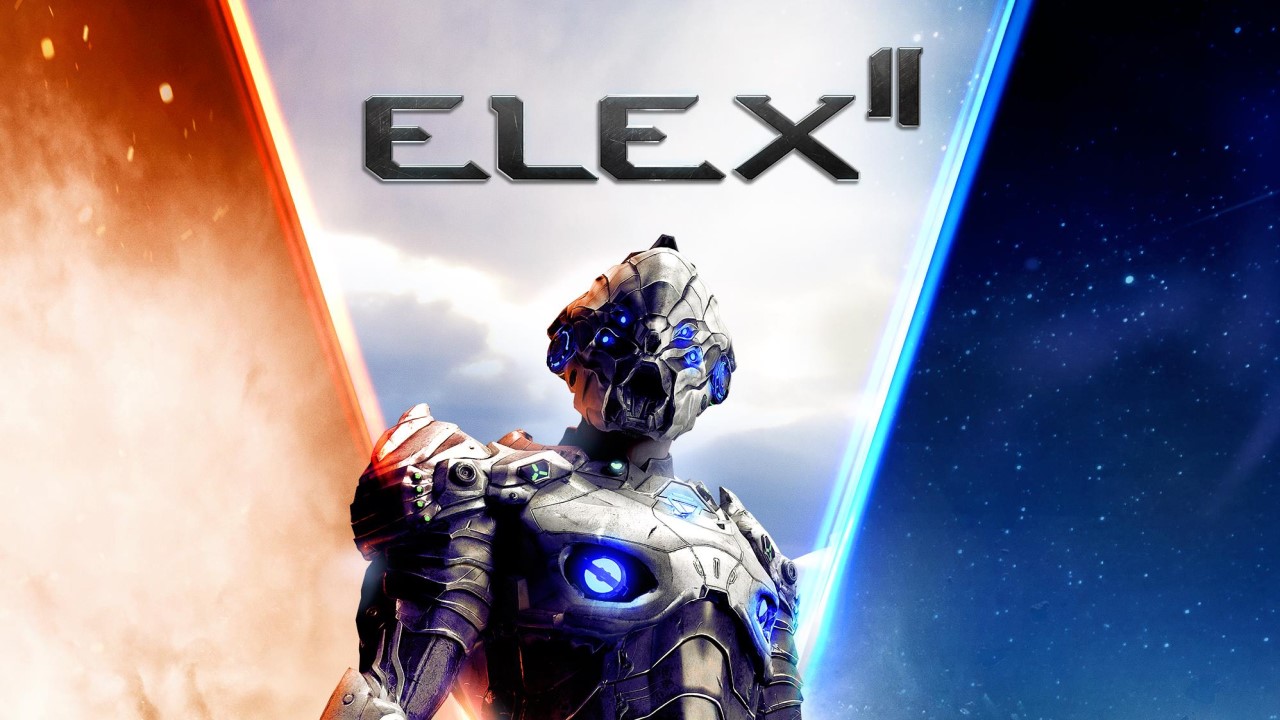 Jax is back for another round of interfaction relationship building and world-saving. Piranha Bytes, the developer responsible for the Gothic and Risen series, has returned to the devastated planet of Magalan in ELEX II, a direct follow-up to the 2017 RPG. The stiffly-voiced former Alb, Jax, must once again place the weight of the planet’s fate upon his shoulders as he attempts to overcome the squabbling of local factions and redirect everyone’s attention to a new, formidable threat.

The game picks up several years after the first entry, where a secluded Jax is forcibly pulled into current affairs when the Skyands, an unknown alien enemy, attack and leave our former hero of the Free People with a nasty infection. The infection comes courtesy of the dangerous and transformative Dark Elex, a mysterious new source harnessed by the alien aggressors. To save himself and all other life on Magalan, Jax has to step into the role of savior, a feat performed once before and already forgotten by many.

Like its predecessor, ELEX II takes place on Magalan. This alien planet was once prosperous, teeming with technological advancements. But the state of the world was thrown back countless years when a meteor wiped virtually everything out. Those that remain have seen the effects of the power-granting blue Elex left behind by the meteor. The result is an environment stuck in a state that can only be described as the sci-fi Middle Ages. And it is easily one of the most compelling digital maps in modern gaming given its unique mixture of medieval forts, towering skyscrapers, and alien structures occupying the same space. Even though ELEX II is an expansion of the same map we scoured years ago, there are still very few games out there that include era-blending visuals in this manner.

Players will run (and jetpack) through lush forests and alongside dilapidated high-rise buildings as they work towards combatting the growing threat while also aiding the locals in seeing the bigger picture beyond their lowly disagreements and scuffles. It’s a world of tense human politics set in the backdrop of an invasion. In order to unite the land and form a competent front to the impending doom, Jax works with unlikely allies to build up the 6th Power. Getting its ranks built out at the Bastion, the up-and-coming army’s base of operations, is one of the main goals. But getting people to join is another story. Magalan is filled with warring factions, ones with their own agendas, who will require different approaches to gain their support. Bringing people together under the new-formed military umbrella, whether you are playing a soft and sympathetic Jax or a ruthless and wreckless Jax, is an extremely compelling feature that continued to drive ELEX II forward.

I’ve spent some time talking about the setting and narrative underpinnings, but now we have to dive into the raw gameplay. And it is raw. This is a Piranha Bytes game, after all. The term “Eurojank” isn’t uncommon when referencing the team’s role-playing titles. There’s a stiffness to animations, especially in combat, that can make for a less-than-ideal flow. And audio is hit and miss. The clanging of steel and detonation of explosives are but whispers compared to the ear-shattering splash of water beneath your trusty jetpack. Ambient noises can be pleasant while traveling and there are more quality sounds to be heard, but not all are created equal.

The same goes for the voice work. Protagonist Jax delivers his lines with little-to-no emotion, providing for a relatively flat character even if there are story bits attempting to explain the semi-monotone voice. Other characters typically fare better, most notably when compared to Jax himself. The presence of any emotion in any character’s dialogue stands well above Jax’s demeanor. The beginnings of the game didn’t foster much faith in the writing, but it smoothed out as time went on in this lengthy RPG. Or maybe it’s that I became invested in Piranha Bytes’ world and began to overlook the stilted dialogue intersecting certain encounters.

There are plenty of personalities, new and old, to interact with throughout the journey. Unfairly profiled traders, vicious warlord parents, and cyborgs seeking the meaning of humanity are only a handful of the personas residing in the early hours. Some of the more notable characters can even join Jax as a party member, allowing for further relationship building as well as enhancing combat efficiency. The barbarian mage and Jax’s baby mama, Caja, is one of the more likable companions due to the shared emotional investment of the son, Dex. Dex, on the other hand, is a grating, odd-looking kid. He’s not the worst of the bunch on the annoying scale, but he definitely doesn’t sit atop the more personable cast members.

Whether striking it out alone or venturing with a friend, Jax is going to have to contend with the hostile life scattered across Magalan’s surface. Skyands, trolls, bandits, and all manner of mutated beasts wander the wilds. Combat appears fairly basic at the beginning. But as with every Piranha Bytes game, there is a level of depth that hides away until several hours have been invested. Players can choose to go sword and board, wielding a bastard sword in one hand and an Alb energy shield in the other. Or perhaps they would rather rip away from the confines of medieval combat styles and splatter enemies with a shotgun. Go right ahead. In fact, swap between it all at will. Jax can wield a two-handed hammer with an automatic energy weapon in reserve and a handful of fire-based spells at the ready. Players are empowered to build Jax however they wish.

The systems outlining the gameplay are deceptively deep. In standard RPG fashion, leveling up and increasing attribute points can unlock the use of additional gear. But it’s the learning points that can really change the gameplay. Learning points come with leveling, too, but they can’t be applied from the character menu like attributes. The relevant trainers must be sought out to spend these points, and it only works if other prerequisites are met. For example, Jax can learn how to imbue his fist with fire if he joins the Berserkers, has the appropriate levels, and can cover the Elexit (read: money) cost. There are tons of abilities waiting to be uncovered and learned, some vastly overhauling the way the game is played. In my game, I built Jax up with a melee focus. This made it difficult to contend with aerial beasts and I had to rely on companions like Caja and C.R.O.N.Y. U4 to whittle down the enemy’s health bar with their ranged attacks. That codependence came to an end when the jetpack’s floating ability was obtained, allowing Jax to perform combat maneuvers while airborne.

ELEX II maintains that Piranha Bytes magic that slowly reveals itself as the various systems are uncovered, but it’s marred by technical issues. On the PlayStation 5, ELEX II struggled to run consistently. Battles caused notable framerate drops; there is an oddly persistent screen-tearing issue; and two encounters led to the application crashing completely. It’s disheartening to see ELEX II in a mixed technical state because the game already relies on the player to push through a certain level of jank and rigidity to get to the engaging core. Adding another barrier is sure to push people away from what is an entertaining dive into an older RPG design.

ELEX II builds upon its predecessor, offering up an enticing return to Magalan, a setting that is as enjoyable as ever. As with all Piranha Bytes games, there is a level of unrefined gameplay to be found. Audio and animations can be a mixed bag. But beyond the rigidness, there’s a game full of sprawling, deep systems that give the player the freedom to tackle this medieval/sci-fi mash-up their own way. It’s unfortunate that the design of a bygone era comes under fire from resolvable technical problems that make it harder to overlook the rougher edges. After a few patches, ELEX II may be able to shine brighter, but as it currently stands it has one too many jagged edges overshadowing its greater parts.

Shadow Warrior 3 - Tips to Know Before You Start