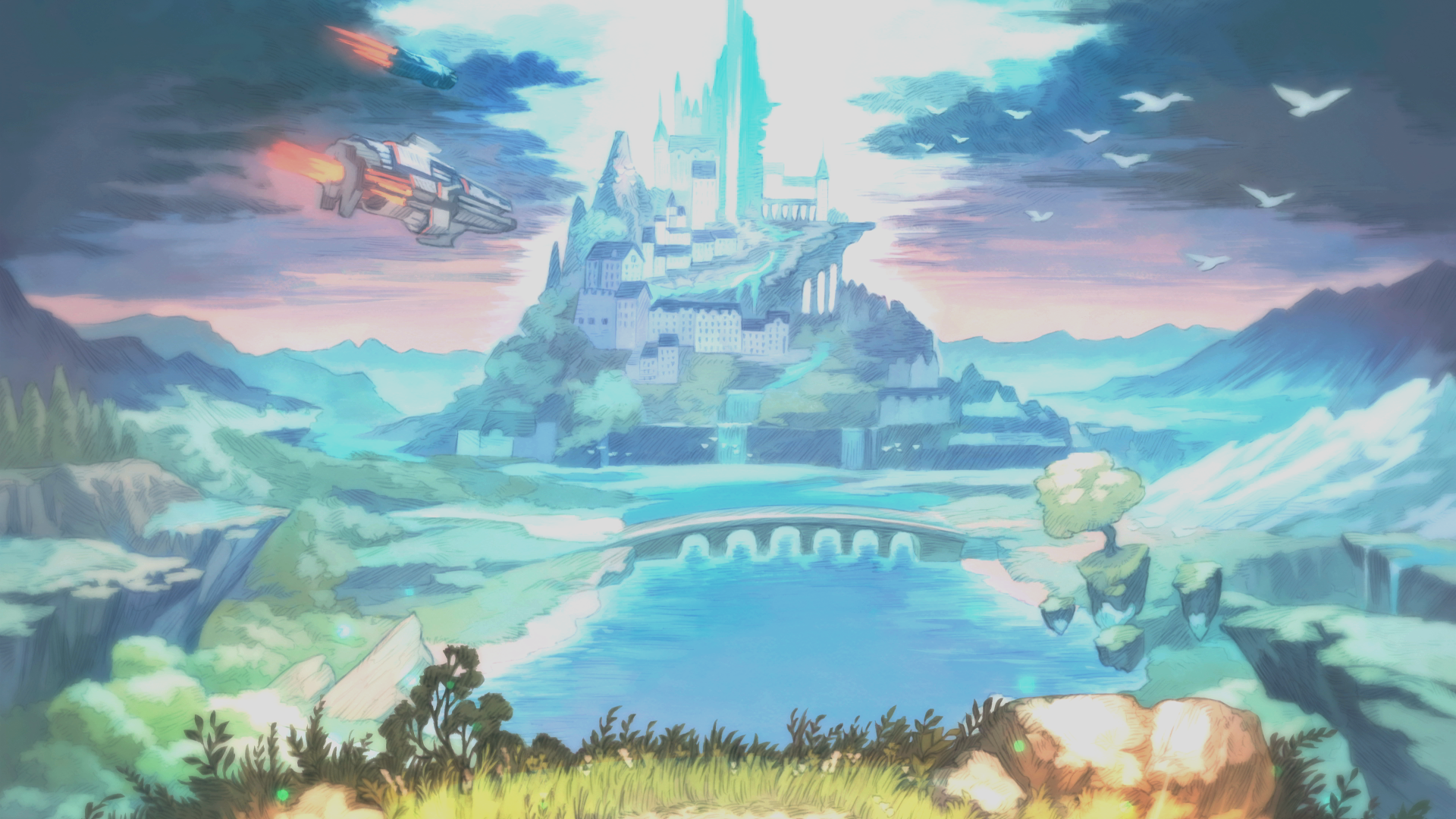 Nowadays most RPGs are created by a handful of players who cater to their own niche. Atelier goes for upbeat crafting, NIS loves quirky adventures, Idea Factory is moving more into horror, Square Enix has Final Fantasy/Dragon Quest and you get the point. The nice thing about a new player is seeing something different or hearing a unique voice. They might not get everything right, though they might appeal to a new group or create an awesome new mechanic. This is the struggle going into Edge of Eternity. With it obviously drawing a lot of inspiration from Final Fantasy, is it the next big thing or does it fall short?

Edge of Eternity starts with some rather massive step up.  The adventure begins with a cold opening about friendly invaders that turned out to be not so friendly. This resulted in a massive war, one that initially seemed hopeless until things started to shift and there was hope. Things start to slow down by introducing a cast of characters, their playful dynamics, and more, but the outcome is grim and results in the Daryon ending up back in his home down.

From there the story goes in a different direction, one that will eventually lead back to the premise, though the quick shift isn’t for everyone. It’s hard to go from massive implications to casual problems that eventually circle back, though it all eventually comes together in some form.

Similar to the story’s potential, combat is filled with interesting ideas that don’t quite pan out. The way it works is pretty simple. Every character has a gauge that determines when they will perform an action. Magic and certain attacks have another gauge that determines when the attack lands. This can be a good and bad thing. Attacks that affect an area can be avoided by simply moving, they can also be disrupted if attacked the right way or if things seem hopeless, blocked to reduce damage. However, sometimes it’s advantageous to let them attack, which there is an option to have time advance until you see the benefit of attacking.

How this all comes together will vary. Some enemies will require a bit more thought and effort, others none, with exceptions beyond that. For example, there are occasionally interactive weapons that can be used to your advantage. This is a must for certain enemies or situations, with it also making things more diverse than just simply moving towards enemies and swapping attacks. There are also optional objectives that seem really random. Many of them are pretty easy, they just change how you play, like by targeting the same enemies instead of different ones, with others that might just be impossible for your current power. One such example was damaging enemies with their elemental weakness, at the time I had access to two of the eight possible weaknesses and neither did the trick.

Combat also tends to be rather slow and somewhat frustrating. Having played a lot of RPGs over the years, Edge of Eternity sometimes likes to change my targets mid-fight. I simply can’t mindlessly click actions and then attack and hit the same enemy every time. It likely won’t result in failure, though it might be some unneeded damage.

All the Narrow Parts are Empty

Outside of combat, there seems to be a strong focus on quantity over quality. Like the first area is a wide expanse with only a handful of things to see or do spread over a fairly large area. Places like the Abandoned Mine are big offenders of this, which you can see on the map pictured above. Since enemies are visible on the overworld, all encounters can be avoided if you want and any of the narrow parts are devoid of enemies or things to see.

Lovely Locations, Even if There Isn’t Much to See

This is really unfortunate, as Edge of Eternity has some lovely places. Instead of sticking to a specific look or style, there is a strong sense of fantasy that uses vivid colors and strong contrasts to make these locations stand out. It makes them nice to explore, even if the area is mostly empty.

Similar things can also be said about the equipment system as well. There are conventional ones, like obvious equipment, leveling, weapons leveling, with some unusual ones like crystals. The way they work is pretty simple, there are various crystal paths, each with specific color arrangements and additional benefits. Certain fights, tactics, or stages might require the additional health, whereas another needs the extra damage, giving it options. Stones also come with random stats and skills, giving players a lot to play around with. It’s the type of system that is frustrating when you have no options and limitless when you have too many of them.

Sometimes less is more and unfortunately, that doesn’t work in Edge of Eternity’s favor. There are large areas, but they don’t have a lot of content; lots of features, though many feel out of place; great potential for depth, even though most enemies are pretty straightforward. None of these things make Edge of Eternity bad, nor does the story starts strong before going other directions, though it doesn’t make for a great one either. It had enough good, plus solid locations to explore, to warrant giving it a go, but don’t expect it to reinvent the wheel.

[Editor’s Note: Edge of Eternity was reviewed on PlayStation 5 and a copy was provided to us for review purposes.]

Tries new things, even if they don't work out perfectly

Interacting with items during combat is a fun addition

Combat objectives are fun, despite some being impossible at certain points in the adventure

World can feel rather empty

Some features, like adaptive triggers, feel really out of place and detract from the experience

Combat can be rather slow and tedious