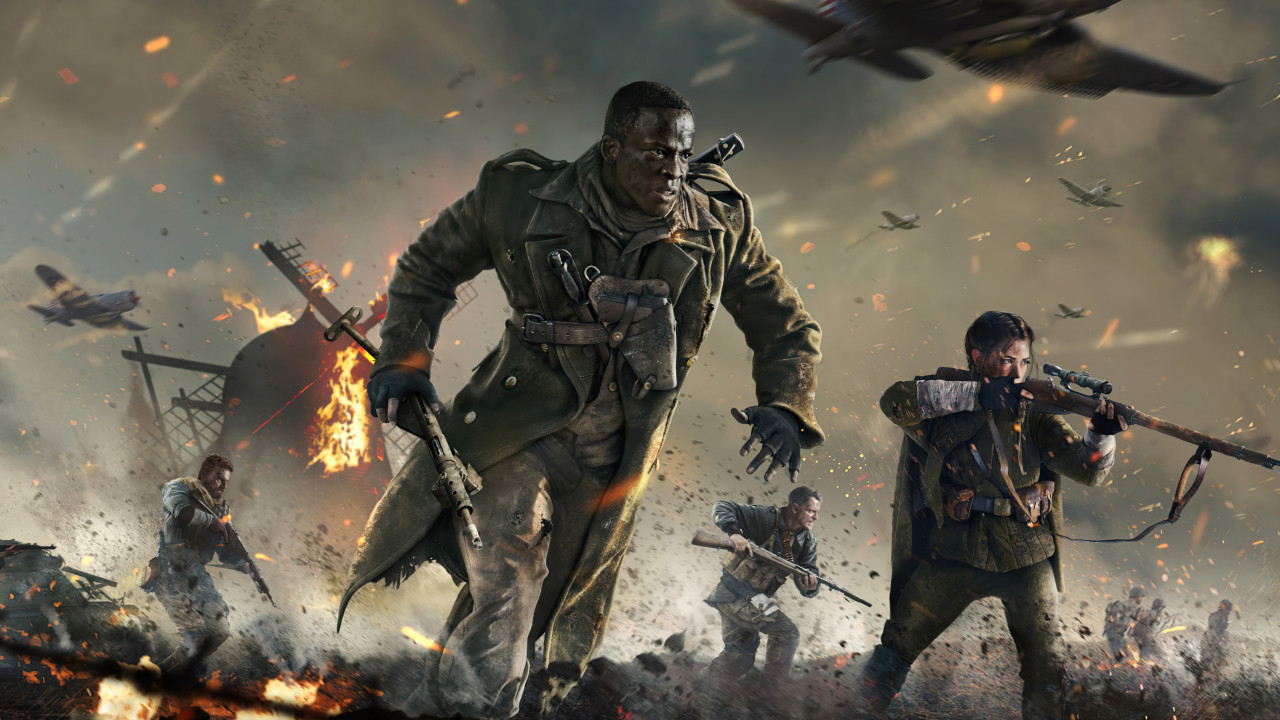 It’s that time of year again; the annual Call of Duty release is upon us. 2021’s iteration is brought to us by Sledgehammer Games. And just like their previous offering, the developer’s newest installment is heading back to World War II. While Call of Duty: Vanguard manages to stand well above the 2017 Call of Duty: WWII, it doesn’t quite sit among the franchise as one of the highest points to date.

Call of Duty: Vanguard takes the formulaic action back to the well-trodden conflict of the Second World War. It’s a setting not unfamiliar to the series, or first-person shooters in general. As usual, the infamous backdrop spans three core modes: a single-player campaign, a cooperative zombies mode, and competitive multiplayer. All three attempt to add on to the longstanding Call of Duty framework, but the additions bring modest changes at best to the experience we have been delivered for years.

In its favor, Vanguard‘s campaign aims to be more character-centric than the series’ standard. Sledgehammer has embellished World War II with fictional bits to carve out a blend of historically familiar and unique engagements elevated by the diverse cast at the core. The ragtag band of eccentric soldiers from all over the globe makes for one of the most likable casts borne from the franchise. It’s a shame that we aren’t given more time with them as a group. At least they all look great in Modern Warfare‘s (2019) IW8 engine.

Not long after the varied team’s introduction and their stumble onto the Nazi’s secretive Project Phoenix, Vanguard diverts into a series of flashbacks focused on the individual character backgrounds and their prior exploits. While some of these stories make for compelling character building, such as Polina’s stealthy sniper segments, the team is most interesting when they are together working towards destabilizing the Nazi regime’s nefarious plans. The chances to experience the group as a whole are limited to a couple of missions, which is a missed opportunity to see these connections play out to a greater degree. Because I want to care about the team, but the game stands in its own way of fully achieving this goal. A less-than-stellar dogfighting mission and severe cinematic hitching did little to foster a love for the flashbacks ripping me from the charismatic group. Still, points must be awarded to Sledgehammer for addressing the topic of racism more directly than we have seen before and shining the spotlight on the all-Black 93rd Infantry Division.

Looking over to multiplayer we find a similar combination of pros and cons stemming from compelling ideas restrained by a middling implementation. By now, most of us know what to expect with Call of Duty competitive multiplayer. So I won’t go into vast detail about the standard returning components. A slew of operators can be chosen (with several unlockable outfits), load-outs can be configured with a variety of customizable weaponry, and Killstreaks can be used by those capable of staying alive between kills. But, hey, the inclusion of partially destructible environments adds depth to the exchange of bullets, as maps evolve slightly with newfound sightlines over the course of a given match.

What’s new this year is worth talking about at greater length. First, there is an all-new feature that allows players to seek out the multiplayer experiences best suited to their specific tastes. The feature is called Combat Pacing and it comes in three flavors: Tactical, Assault, and Blitz. Any of the three selections can be applied to the game modes on offer. The options limit the player count and map rotations to offer up a specific flow of firefights. Tactical zones in on intimate 6v6 battles whereas Blitz sees larger maps and higher player numbers to dial up the chaos. Assault sits between the two as a more standard route. Those addicted to the rapid kill, die, respawn flow will find the quintessential Call of Duty experience with the Blitz filter.

As for the modes themselves, it’s likely that the general masses will find themselves in the tried and true options like Team Deathmatch. But there are two standout additions that should not be overlooked. Champion Hill brings an evolution of the Gun Game formula with a few recognizable Warzone tidbits. The round-based elimination mode comes in solo and squad variants, bringing an exhilarating tournament diversion. Another solid choice is Patrol, which plays out with an on-the-move control point. Given that the objective isn’t static, the action stays mobile.

Lastly, we have Zombies. Treyarch even dived into Sledgehammer’s entry to provide a prequel to their Black Ops Cold War Dark Aether storyline. In an unexpected shift, the round-based format of the cooperative undead-slaying mode has been replaced with an objective-focused structure. The design choice lifts the framework of Treyarch’s Outbreak mode while containing the exploration to smaller maps connected to a central hub via portals. The objectives make this iteration of Zombies one of the most straightforward deliveries we have seen yet, marking an accessible entry point for newcomers. But series diehards may find the mode lacking, especially as the main quest arc and ever-critical Easter Eggs are coming at a later date. What we have is a Zombies that feels like it wanted to refine the adventure but debuted half-baked.

That last point can describe many aspects of the Call of Duty: Vanguard experience. Sledgehammer has certainly managed to fit in the by-the-books Call of Duty features we have all become familiar with, but their attempts to expand meaningfully on the formula bring mixed results. The campaign is explosive and slightly more personal, but it quickly loses sight of its cast excelling when unified. The multiplayer is mostly an incremental shift from Infinity Ward’s modern-day counterpart, banking on a couple of genuinely appealing modes and the excitement of blowing apart wooden planks to shake up the flow. Zombies is more approachable than ever, but it lacks the facets needed to foster long-term play.

Call of Duty: Vanguard is mostly more of the same, for better or worse. Sledgehammer Games has brought fresh ideas to a formula that desperately needs a shake-up, but the execution only leaves us desiring more. The inevitable Call of Duty: Vanguard 2 may further explore the designs seen in their infancy. And we sure hope it does because Vanguard could signal a notable change in the future. But for now, we have a relatively amusing installment that ticks the required boxes and little else for the annual series.

[Editor’s Note: Call of Duty: Vanguard was reviewed on PC and a copy was provided to us for review purposes.]

New ideas add some freshness to all modes

The campaign cast is engaging

How to Unlock All Operators in Call of Duty: Vanguard