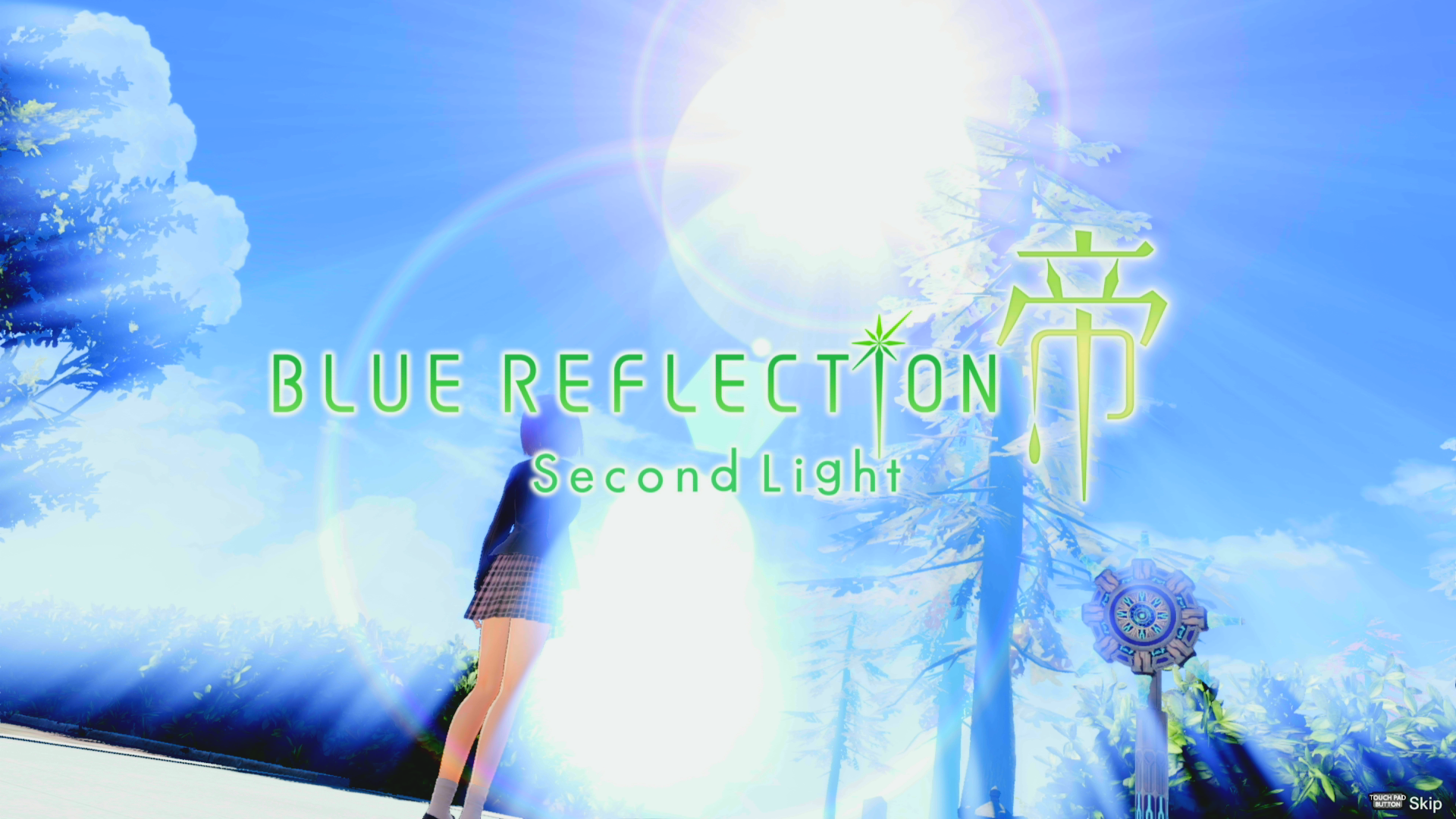 One thing I appreciate about the Atelier franchise and original Blue Reflection was the tone, look, and direction. Most RPGs I review insist on strong contrasts, dark concepts, grim settings, and dire situations. However, both series use bright pastels with an equally bright and optimistic view of the world. That isn’t to say either series is completely devoid of negativity, just that they give players much-needed options, which is why I was excited for Blue Reflection: Second Light. The original had a lot of great ideas, it just pushed in too many directions. With previous mistakes in mind and a new concept, is Blue Reflection: Second Light a step in the right or wrong direction?

Blue Reflection: Second Light starts with an oddly somber tone. The player character, Ao, walks around her city musing about the reality of being a “totally ordinary girl,” contrasted by her deep desire to be, as she puts it, somebody. It’s a relatable feeling, one that probably stands out more with the state of the world than it would’ve even a couple of years ago. While she was set to spend her summer vacation at school, she ends up in a fantastical world filled with mystery.

With the school housing Ao and your growing group of companions, find themselves without memories of their life before. If that isn’t odd enough, they have a mysterious ring that gives them powerful weapons and later transformations, needed to fight the various monsters that plague this odd world.

Instead of focusing on the situation, Blue Reflection: Second Light is really more of a character-driven adventure. The story starts by them being somewhat accustomed to the situation, with a brief prologue acting as an introduction for players, before setting the plot into motion. Throughout the adventure, players will need to build trust and their relationship with the various other girls stuck there in order to increase their power or simply stand up against the overwhelming number of threats.

Part of what sells this idea is giving each of the girls their own archetype that is relatable to someone. Since each of the girls has to work together if they want to solve this mystery, it gives them a common goal that allows them to the unit under various needs that might not otherwise exist.

As for the main story, it’s more emotionally driven. The core narrative pays off for those who are invested in the characters, their shortcomings, and lessons learned, though it simply won’t blow anyone away. Similar things can be said about gameplay too.

In a lot of ways, the gameplay isn’t terribly far from what you’d expect from Atelier. There is a somewhat open world to explore, with monsters and resources scatted about. Many missions, character requests and the like involve collecting materials and crafting something. One of the first is a sandwich, later there is a tarp to patch leaks in the school and it just continues from there.

One of the Bright and Vibrant Locations to Explore

Battles work the same way. Ao can attack for the initiative, with it being a modified turn-based RPG. Players can set their companions to auto-attack or control them, though with an auto attack you always have the option to take over when it’s their turn, with attacks being dictated by how much ether they’ve charged (it increases passively over time). Initially, players max out with a single attack, with more powerful moves and greater potential growth over time.

In addition to giving more powerful attacks, later enemies build on the fairly rudimentary concepts. Players can knock down an enemy, causing them to lose all collected ether, allowing for a massive advantage in battle. There is also a delightful transformation system that offers more powerful attacks/abilities. Repeated attacks also build combos, giving players a damage modifier, with enemies having attacks that can reset it and players gaining abilities to counter said reset. Naturally, most battles will be rather straightforward, with most bosses requiring deeper tactics.

Unfortunately, outside of normal combat, there is a rather unnecessary stealth mechanic. When certain enemies are too powerful, players need to look at their field of perception and avoid them. These are often rather limited, like you hide behind a box or go down a specific path, making them just feel unneeded.

As I touched on in the opening, Blue Reflection: Second Light does a lot in terms of aesthetics. Not only do each of the girls stand out in their own, distinctly feminine way, but the world itself also relies on vibrant colors and its own flare. This is especially true when performing specific actions, be it making food or even crawling under a building. A lot of love went into crafting these sections and it shows in a way where I could easily see players watching them multiple times before insisting on skipping. Even Blue Reflection: Second Light accepts this, with it offering things like one transformation video per exploration, a good compromise to enjoy the feel without being bogged down by the same videos.

Blue Reflection: Second Light does a good job of building on what worked in the first adventure. It’s cute, the characters are charming, with deep enough mechanics to make gameplay engaging. It might not be perfect like stealth sections are fairly pointless, but fans of the previous or this style of RPG will enjoy it. Even if it’s only over the delightful visuals.

[Editor’s Note: Blue Reflection: Second Light was reviewed on PlayStation 5 and a copy was provided to us for review purposes.]

Bright visuals stand out in a delightful way

Each girl has her own identity

Many fights feel like you're going through the motions

How Long Does it Take to Beat Blue Reflection: Second Light?