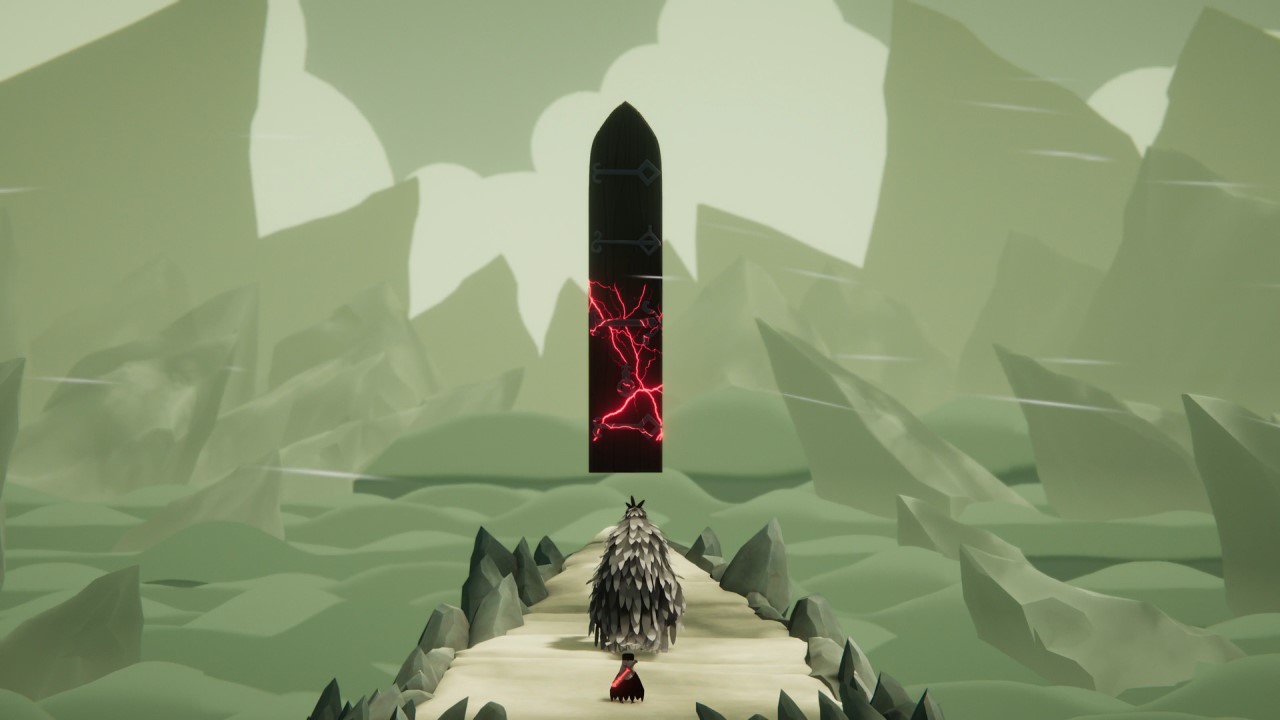 I’m going to avoid wasting your time by coming out and saying it bluntly: Death’s Door is an instant classic and an absolute must-play dungeon crawler. Acid Nerve‘s indie hit stars a lovable crow whose job is to collect souls for the Reaping Commission, an organization that employs other feathered reapers and is led by the enigmatic Lord of Doors. On an assignment to collect a giant soul from a powerful monster, things quickly go awry for our mute crow protagonist as they are robbed of the large soul. Unable to provide the Reaping Commission the assigned soul, the crow is now mortal and prone to aging. The only way to remedy the situation is to venture out in search of the lost soul, which just so happens to now reside behind the ominous Death’s Door.

The desperate journey ahead of the adorable, small crow weaves through visually stunning locations, including the lush Overgrown Ruins and icy heights of the Old Watchtowers. Each environment is memorable and manages to stand out from the rest, which is helpful when the story deems it necessary to recall certain areas. Entering a new region brought with it palpable excitement as I wondered what demonic monstrosities lied in wait ahead on the strikingly stylish pathways.

Thankfully, dispatching enemies is as entertaining as viewing their appealing designs. Death’s Door sports hack ‘n’ slash combat augmented by a handful of unlockable (and upgradeable) spells, such as a toasty fireball. The lead crow can dice away at foes with his standard Reaper’s Sword, but that weapon can be swapped out for those willing to explore a bit. Rogue Daggers, a lightning-infused Thunder Hammer, and more can be obtained by detouring off the beaten path. Death’s Door is a game with many secrets, and not all of them have to do with the titular gateway.

A Murder by Crows

The combat is quick, visceral, and impactful. There is a certain risk/reward nature to the flow of engagements. Different weapons have different levels of reach and swing speed. The variation between wieldable weapons enables players to find the playstyle that best suits them. Maybe you’re looking to get in a few big damage hits before rolling away. The lumbering Reaper’s Greatsword is likely your best bet. If you’d prefer to dice up the hostile fantasy forces with blistering speed, the Rogue Daggers will suit you just fine.

The playstyle can be further specialized by using acquired souls, the in-game currency, to purchase upgrades from the Reaping Commission. The black-and-white crow can invest in Strength to enhance the power of each hit or points can be allocated to Magic to bolster the potency of spells. Whether you are a ranged spellcaster or up-close-and-personal brute, Death’s Door offers the necessary stat categories for finding your groove.

And you will need to find that rhythm if you hope to survive the formidable (and eye-catching) bosses inhabiting the dungeons of Death’s Door. The boss designs are as expertly crafted as every other inch of the game. The Frog King, for example, is a towering amphibian bursting with his own colorful identity. Like the other big baddies overseeing separate domains, the fight with the Frog King is all about learning the enemy’s attack patterns and capitalizing on the windows of opportunities that loop again and again in each phase. Death’s Door becomes a beautiful dance of, well, death in this sense. Across the 8-10 hour game, I never tired of this loop, as each new enemy required observation to uncover the required timing for successful strikes. This is especially true for the challenging hidden bosses scattered throughout the lands.

Chances are that the puny crow will take a hit eventually despite your best efforts. Here’s where another one of the game’s unique features takes root (quite literally). Empty pots can be seen strewn throughout the mystical locales. Using collected Life Seeds, bright white flowers can be planted in the aforementioned pots. Once the flower sprouts up, the crow can absorb its life essence for a health refill, leaving the once vibrant plant to wilt. A flower can only be used once unless the crow travels away from the area via the Reaping Commission’s doorways, the game’s implementation of fast travel.

In the event that a truly difficult enemy is encountered and the battle is lost, death isn’t punishing. The crow will be returned to the last Reaping Commission door with their collected souls still intact. Death’s Door isn’t trying to be a souls-like in this regard and it’s a welcome design choice. Being reset to a nearby checkpoint is hardly the harshest consequence. And its sting is lessened by the fact that it means the player can enjoy more time immersed in the outstanding soundtrack spanning the evil entity-controlled dominions.

Death‘s Door is unforgettable, brimming with melancholic beauty and genre-defining combat. Acid Nerve has managed to embody the likes of The Legend of Zelda: A Link to the Past with all the charm (and more) of Windwaker. There aren’t many new IPs that can feel so familiar while also retaining their own distinct personality. Death’s Door manages this feat with ease, making it a no-brainer for a 2021 Game of the Year contender.

[Editor’s Note: Death’s Door was reviewed on PC and a copy was provided to us for review purposes.]