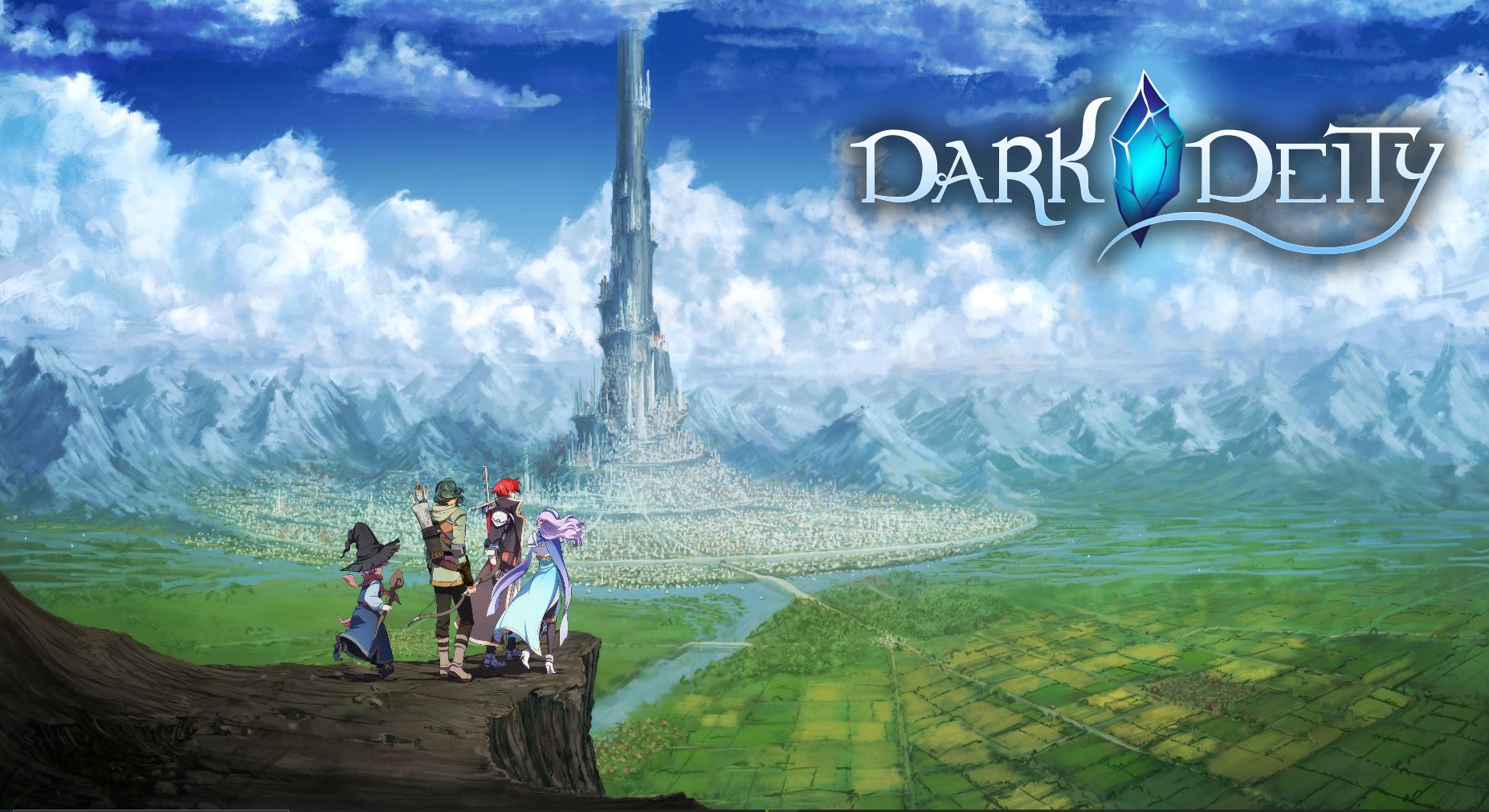 If you are a fan of Strategy Role Playing Games and have not heard of Dark Deity, you may be missing out on one of this year’s hidden gems. Granted, this is not at all one of my favorite video game genres so I will not claim to be some huge fan that has played every tactical or turn-based RPG out there. I have played and loved games like Octopath Traveler, Disgaea 3: Absence of Detention, and XCOM.

Dark Deity has the staples of every SRPG. There is a mad ruler bent on destroying their own kingdom via some misguided perspective. You face down a power-hungry villain who is willing to sacrifice everyone and everything willing to give themselves to the cause. And what is an RPG without the unlikely hero destined to save the world?

Storytelling in Dark Deity is not the best

The flow of Dark Deity follows a simple formula. The entire story is told across twenty-eight chapters. Each chapter is divided into three phases: a dialog phase, a combat phase, and the base phase. Story progression happens through dialog scenes delivered using vibrant hand-drawn character stills.

The choice made here is not an enjoyable one. While these are beautiful scenes, staring at the same image for up to five minutes at a time can become difficult to bear.

After several minutes of back and forth dialog, the lack of animation becomes, well boring. And because this is also how each of the thirty playable characters is introduced, there was more than one occasion where I found myself saying “Wait, who the heck is this?”

So if you do not want to sit down and read hundreds of lines of text just to keep up with the robust story of Dark Deity, then this aspect of the game is not for you. The good news is that, not only can you just skip entire dialog scenes, this is perhaps the weakest part of the twenty-eight chapters of gameplay.

After every dialog phase, there is a combat phase, and this is where Dark Deity really shines. There are ultimately 30 playable characters that are unlocked as you progress through the chapters. The class system makes the 54 playable classes manageable by using a class tree system. There are only six primary classes: Warrior, Ranger, Rogue, Mage, Cleric, and Adept.

Each primary class has four tiers 2 classes and four tiers 3 classes. Tier 2 is unlocked at level 10 and tier 3 is unlocked at level 30. For example, a character who starts off as a Warrior can choose to become either a Knight, Barbarian, Defender, or Dragoon at level 10. Once that character hits level 30, they can then choose to become either a Champion, Berserker, Sentinel, or a Dragon Knight.

This does however lead to one of the biggest gripes with Dark Deity. Once you get further along in the game, you unlock characters that are already past level ten. You barely meet them, and the game immediately forces you to choose what tier 2 class you want them to be. Mind you, their primary stats adjust to best fit whatever class you pick, but it completely breaks the role-playing portion of the dialog phases apart from the combat phases.

So when I met Brooke for the first time, I had no idea who she was or what her personality was like, so I threw her on a horse only to find out she’s a hired assassin turned bodyguard. This was only the first of many decisions that ended up like this. To make matters worse, there is no way to reverse these decisions.

At the start of every chapter, a dialog phase sets up the plot explaining why your squad is where they are during the next combat phase. The stages for each combat phase have a surprising variety. Some stages are an all-out brawl-fest where you can place your squad members wherever you want and hope for the best.

Some stages will have you facing unbeatable odds where the objective is simply to escape. We’re talking a squad of fourteen versus forty. While other stages pit you against the same type of odds but is laid out so you can perform actual war tactics. Positioning your squad just right, allows you to create chokepoints, and perform pincer maneuvers for example.

Each class type also has strengths and weaknesses in other classes. Magic casters are strong against plate wearers. Rangers are strong against cloth and leather wearers, and so on. The best part is that you don’t have to memorize each of these combinations as an arrow system indicates which.

Characters gain experience by participating in an attack, either offensive or defensive. Each class has their own unique skills and abilities, such as the Stalker’s “Fatal” ability which has a 5% chance to instakill their opponent. Inventory management is streamlined as there almost is no need for one. Armor cannot be changed, damaged, or upgraded. That mechanic is handled completely by stats.

Speaking of stats, one of the many things that Dark Deity does not tell you is that there is no permadeath. If a squad member drops to zero health during battle, they simply become inaccessible for the remainder of that combat phase. They also take a hit to a random stat.

They do not lose any experience gained, but they do lose out on any experience that could be gained that round. This leads to our second major gripe with Dark Deity. It is incredibly easy for a character to fall behind in levels, especially if they keep getting killed early in the combat phases because it’s not difficult to gain two sometimes even three levels in a single stage. And once a character falls too far behind, you are forced to “bench” them for the remainder of the playthrough. Because Dark Deity is very linear in nature, there simply is no way to grind and increase levels to get those characters caught up with the rest of the squad.

Each character has four weapons on hand that can be swapped with the touch of a button at practically any time. These weapons can be upgraded using weapon tokens that drop during the combat phase and are also purchasable during the base phase. Currently, there is also no way to save your game mid-combat phase, which can often last for up to an hour depending on how careful you play. But the folks over at Sword and Axe are actively working on adding this feature in a future patch.

Speaking of patches, in the first seven days of the game’s release, there have already been five patches addressing many bugs and crashes that the Dark Deity launched with. During my first playthrough, I had a crash that caused me to lose a good hour of gameplay. Since then I haven’t had a single crash.

Bond with Dark Deity in the Base

At the end of each chapter is the base phase. This where can you spend weapon tokens to upgrade your character’s weapons. You can also purchase healing items, permanent stat-boosting items, and weapon tokens. This is where you can dive deeper into the relationships between each of the characters through the bonds mechanic. You can increase the bond between characters by having them perform actions near each other during the combat phase.

Doing this unlocks the ability to increase their bond once you get back to base, and the writing here is nothing short of impressive. Watching two assassins regale each other with tails of past “assignments” or hearing Benji tell the story of how his oxen died while tilling the fields back home, and he finished tilling the fields in its place, gives you plenty of reason to get attached to each of the thirty characters.

While Dark Deity may have its flaws, the simple yet complex combat mechanics, level of depth within the class system, and attention given by the developers post-launch make this game one you do not want to miss. Customizable campaigns and different difficulty levels make replaying the game just as enjoyable, if not more so, the second time around. And while the dialog phases can get long-winded at times, the ability to simply skip over large sections keeps the game fresh.

[Editor’s Note: Dark Diety was reviewed on PC via Steam. The game was provided to us by the publisher for review purposes.]

Combat is easy to pickup yet takes time to master