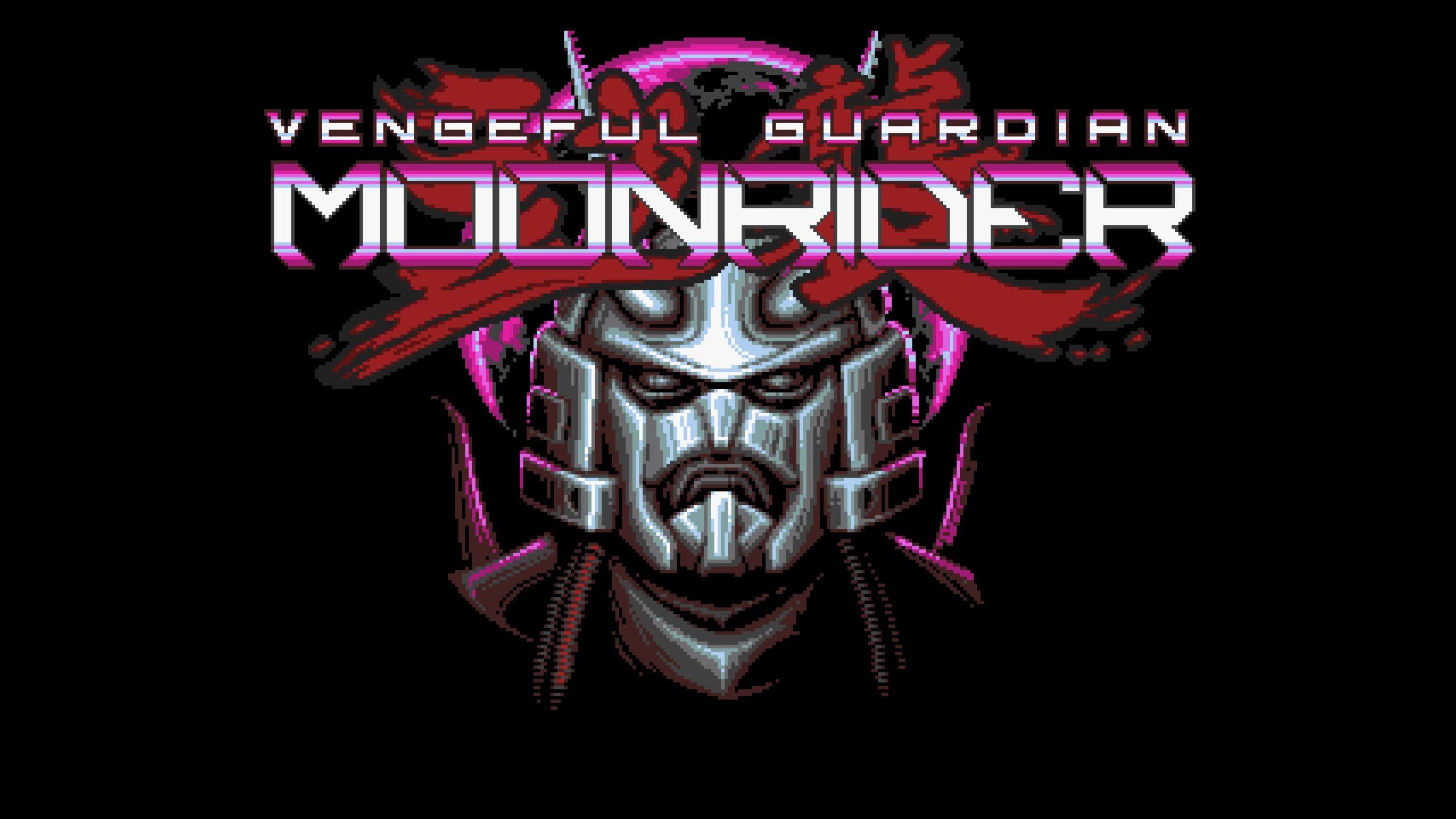 Growing up with a Sega Genesis, there were few games cooler than Shinobi. Even now the franchise is still largely remembered for its unique stage design, unusual bosses, and extreme mechanics. Naturally, these experiences would resonate in others, with Vengeful Guardian: Moonrider trying to offer its own take on the concept. With love for the originals, and modern conventions, is it a thoughtful homage, or a pale imitation?

Vengeful Guardian: Moonrider tells an unfortunately relatable story about the elites ascending to power at the cost of the average person. You play as Moonrider, one of the tools used to maintain the elites power, but after turning against their ideals, you decide to destroy your kind, and bring freedom to the oppressed.

It’s a nice story, with each of the ninja warriors having some sense of personality, though it’s very short. There is probably 10 minutes of dialogue total, meaning these characters, and concepts are barely fleshed out. Thankfully, things don’t feel rushed, largely due to the concept being straightforward. A lot of things you’d presume would happen do, making the path to the conclusion feel logical, even if it isn’t really established. Before worrying about freedom, you need the skills to actually defeat these evil figures.

As previously mentioned, Vengeful Guardian: Moonrider takes a lot from the Shinobi franchise. Some of these are nice references, like the brain boss is probably a reference to the brain bosses from Revenge of the Shinobi, and Shinobi III: Return of the Ninja Master, though several shortcomings are also present.

Things like wall jumping isn’t as consistent, or reliable as you might think. It will work, but there will be times when you mess up just enough to take damage from an obstacle, or find yourself having to restart the section. It isn’t as brutal as the aforementioned Sega games, though it isn’t fun losing a decent amount of health because you didn’t do something perfectly.

In some ways I think Vengeful Guardian: Moonrider understands these sections are not well designed, as HP/MP items are plentiful. I never found myself wondering how I’d survive the next section, since there was almost always something to keep Moonrider fighting. An unfortunate side effect of this is feeling the need to take these sections as seriously. If you can heal through the pain, the most effective tactic is simply push forward.

Enemies have a similarly uninspired design. I probably took more damage from touching them, than I did to their actual attacks. Most can be bypassed by using certain skills, such as Darkportal, making them feel like an annoyance, over a threat. Unfortunately, similar things apply to the chip system as well.

Most levels have one of two collectibles called chips. These are somewhat well hidden, often behind various traditional video game mechanics, and enable various mechanics. Players can equip up to two at a time, making it even easier to overcome some of the aforementioned struggles, though the problem is a lack of viable options.

Chips typically fall in one of three categories. Practical, skill, or optional mechanic. I can’t imagine many players will take Chameleon, the perk that changes your color, over something like double jump. With only two slots, and some really useful skills, several skills will likely go unused. This makes finding them underwhelming, and often reduces the mechanics to figuring out which option makes the most sense for your needs. Low skilled players will likely use HP/MP regen, whereas speed runners might consider longer attack range, or use the regen skills to rush forward.

Issues like this also raise concerns about longevity. With a run taking about two hours, with my full collectible run being closer to four, it’s not a long experience. Once you have all the collectibles, and beat it, all that is left is working on score. This is where most of the experience seems to be, though it’s in a weird place.

My initial runs average 20 minutes due to working on the Chip guide at the same time. I went back to a few stages just to see about possibly getting the platinum, and found S rank was certainly doable. As near as I can tell, S ranking a stage comes down to enemies killed, how quickly you complete the stage, and, most importantly, no deaths. These are standard choices for ranking, though the issue is the most effective way to decrease your time in Vengeful Guardian: Moonrider is by ignoring mechanics.

In the video above you can see me get S rank on Fallen City. It’s one of the weirder stages to get S rank on, since there are a few instant death situations, and I believe a death automatically voids S rank. Through testing, I found the time requirement for S rank to be relatively reasonable, provided you through caution to the wind, and go for peak damage. By requiring players to figure out how to circumvent everything Vengeful Guardian: Moonrider throws at you, the illusion of difficulty is shattered. Given I know I can out damage the boss, their attacks are meaningless.

All this being said, I really don’t think Vengeful Guardian: Moonrider is a bad experience. Levels are varied enough where they stand out. Sometimes you ride a motorcycle, other times it’s rushing a train, making the initial go feel like an experience. The only downside is some of these are long/tedious, making later attempts for S rank a slog.

[Editor’s Note: Vengeful Guardian: Moonrider was reviewed on PlayStation 5, and a copy was provided to us for review purposes.]

Reminds me of the experiences that made me a "gamer"

When played effectively, it's a really exciting game to watch

There are a lot of ways to absolutely destroy the difficulty

Really short, even if you don't rush it

Achieving S rank isn't impossible, though it highlights some of the least enjoyable elements