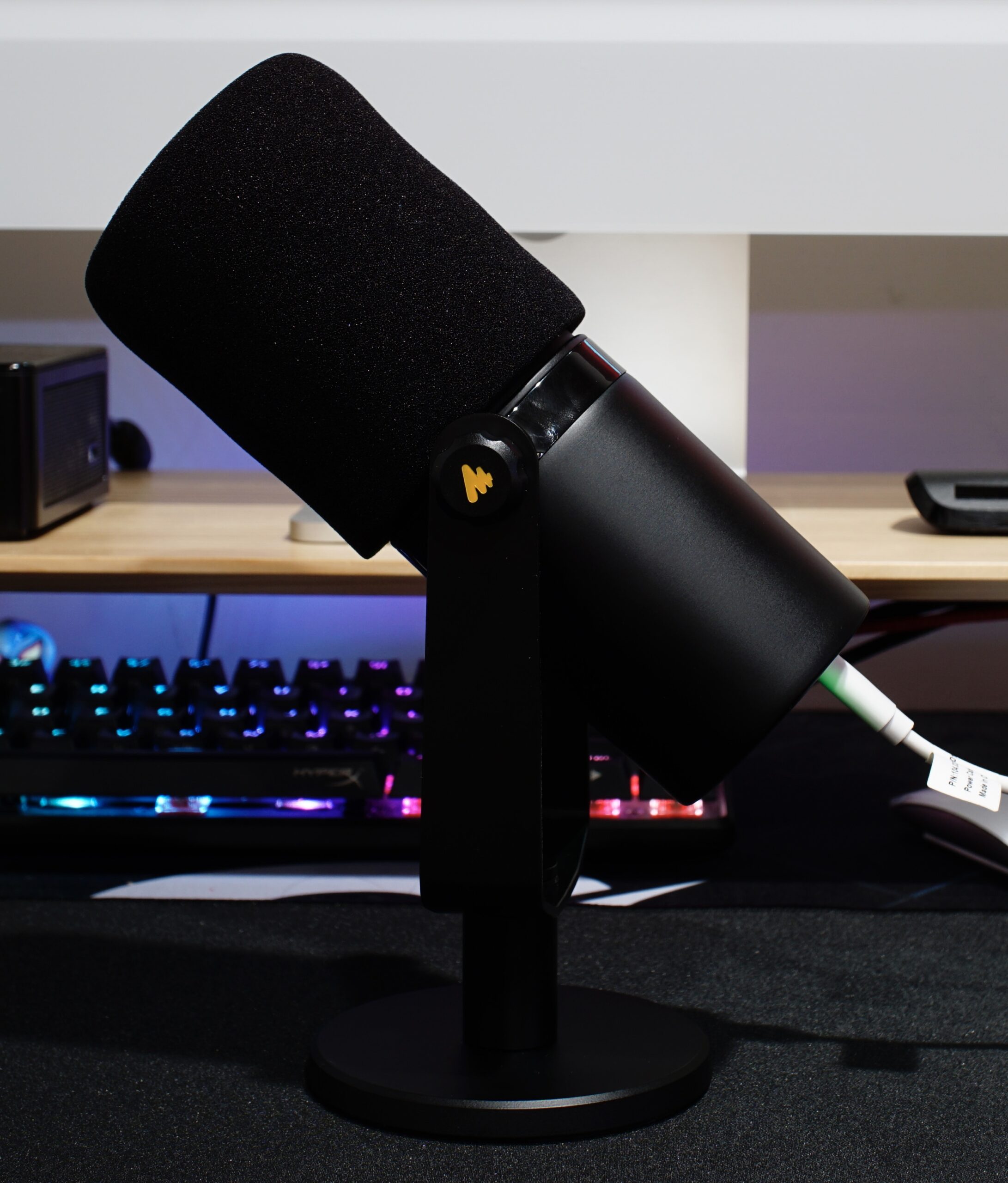 The hardest part of starting a YouTube channel, podcast, or something similar is knowing where to start. While it’s possible to be successful with modest tools, often, there are expectations, thoughts, feelings, and beliefs that result in a wide variety of choices. This is a struggle with a lot of people looking at microphones. With the recent work-from-home movement, rise in audio recording, and other factors, there is absolutely demand for these products. As a result, some fantastic products were created at various levels or situations. The most recent example is Maono’s PD400X USB/XLR Dynamic Microphone. With it designed to meet most situations and a good amount of tools to build your experience, does it make for an excellent choice or does it do many things poorly?

Typically, when I write a product review, I start by talking about packaging. As you might’ve guessed, since the Kickstarter campaign went live when posting, official packing does not exist yet. However, if you want an idea of what Maono packaging looks like, I suggest checking out our review of Maonocaster E2, which makes for a fantastic pairing to PD400X or any XLR microphone.

The Final Product Should Include PD400X, Pop Filter, Base, XLR Cable and USB-A to USB-C Cable

Anyway, let me start by saying PD400X is a pretty substantial product. It’s easily the heaviest microphone I’ve reviewed, largely due to the all-metal body. In addition to having a premium feel, it is a very clean design. The boom mic cover fits perfectly over the microphone portion, with the rest looking extremely professional. On the top, there is a single knob, one that Maono boasts is a 3-in-1 smart knob that can switch between microphone gain, headphone volume, and monitor mix (how much of your voice and the source you hear). Above it is a touch button that mutes PD400X, using the traditional green for on and red for off. Both inputs are obscured, meaning you likely won’t see them while it’s in use. On the bottom are the inputs, which include USB-C, XLR, AUX (3.5mm), along with a button that swaps to one of four equalization options.

Set up is relatively straightforward. Keeping with the clean design is a surprisingly heavy base. It doesn’t add much, it’s about .4 inches tall, and 3.5 inches wide, which simply screws into the mount the mic is connected to. This works okay for desks or on the go, but Maono recommends using it with a boom mic arm. Even though it’s a relatively hefty unit, I use a basic InnoGear one from Amazon, which is similar to Maono’s B01, and it had no issues holding PD400X for the month, or so I had to test it. For anyone worried, their new model, BA90, was designed with this mic in mind and kept a similar aesthetic. Once it’s fully put together, it’s time to see how PD400X performs.

As previously mentioned, PD400X uses both USB-C and XLR connections. This makes it a fantastic option for anyone looking for a microphone that will grow with them. But what makes PD400X stand out is how nice both options are.

Connecting via USB-C is incredibly straightforward. Simply connect any USB-C to USB-A or USB-C cable to the microphone, followed by plugging it into the computer should make it work. Naturally, I advise using the included cable, but it should be fine if you have a different cable as part of your setup. Before the initial use, it’s important to calibrate it for your needs. This can be done by looking at the dial above, which will briefly illuminate and use colored lights to indicate which function you’re editing, with lights on the bottom doing the same for equalization options. If there is any doubt about the setting, simply connect a pair of headphones and test it until you find the desired sound.

A Quick Look at the Windows Version of Maono Link

While I found the smart knob rather hit/miss, Maono also created a specific piece of software, called Maono Link, for PD400X that handles these functions and more. The program, available on PC, MacOS, and in development for mobile devices, is perfect for beginner to intermediate users. To use it, simply download, install, and connect PD400X. Once connected, it will show a screen with both “standard” and “advanced” options. The standard side is the three knob functions, tone simplified to how the source sounds, and different settings based on your distance to the mic. Advanced includes the options above, except tone, is replaced by the actual equalization options, with the ability to change the gain, limiter, and compressor.

Update: Following the review going live, Maono reached out and suggested I simply remove the knob and reconnect it to fix the smart knob functionality. This solved the issue and it started working as intended.

Every change made in the program is reflected on PD400X. So, if you change the equalization option, it will have different lights illuminated. The same is true for mute, volume, and so forth. What I like about the app is that it simplifies the process. Anyone can open it, figure out what needs to be done, and freely control everything without touching PD400X. That said, it could be more refined. I didn’t see an option to revert to “default” settings, nor does it give the ability to fine-tune equalization, though I was informed the next version of the software would add a default setting.

Capturing via USB was surprisingly good. One thing that helped is how the knob handles gain. Instead of quickly jumping from too low to too high, there is a fairly large range at each level. It takes about two full twists to bring it from zero to the max, with about six levels between each light. This makes calibration rather simple, with more than enough options to ensure viewers can hear you and not the world around you.

I used it with OBS to voice over some gameplay, and the capture was solid. It did require some slight tweaks, mostly increasing the gain via OBS, but once that was in place it PD400X was extremely precise. I could hear myself well, with many of the background noises going unheard. Even with my Dyson air multiplier, I could talk without getting caught in the capture. The only thing I would keep in mind is that the mute button is not easily visible when in use, and it’s easy to forget it’s on or off.

As previously mentioned, PD400X is a microphone that can grow with you. This is thanks to the XLR port, which allows it to connect to an audio interface for more power and control over your capture. For this, I used Maonocaster E2, which pairs perfectly with PD400X.

Connecting is still largely plug and play. This time, it goes into the unit and connects directly to a computer. With the additional controls and settings, it’s extremely easy to get the most out of PD400X. Not only could I set it up in moments, but it also delivered more than enough power to not need any additional settings in OBS, along with bringing out some of the finer points in my voice. These little additions are nice, as it helps PD400X feel less like a steppingstone and more like an investment, especially at the current Kickstarter price.

Overall, I think PD400X is a fantastic microphone. For many, just the mic without the program is more than capable of handling a podcast or voiceovers for a video. I would still suggest the program, especially for newcomers, as it makes it easy to get more out of PD400X. For those who decide to upgrade their experience or just want a versatile option, it pairs perfectly with the Maonocaster E2. With the two, you can get fantastic audio captures without spending much time on setup or fine-tuning, making it a solid choice for podcasters or game streams.

Extremely clean design that works in a wide variety of situations

Has software on PC, Mac and coming soon to mobile devices

Crisp capture that does a great job of blocking unwanted noise

Can be hard to see things like the mic mute