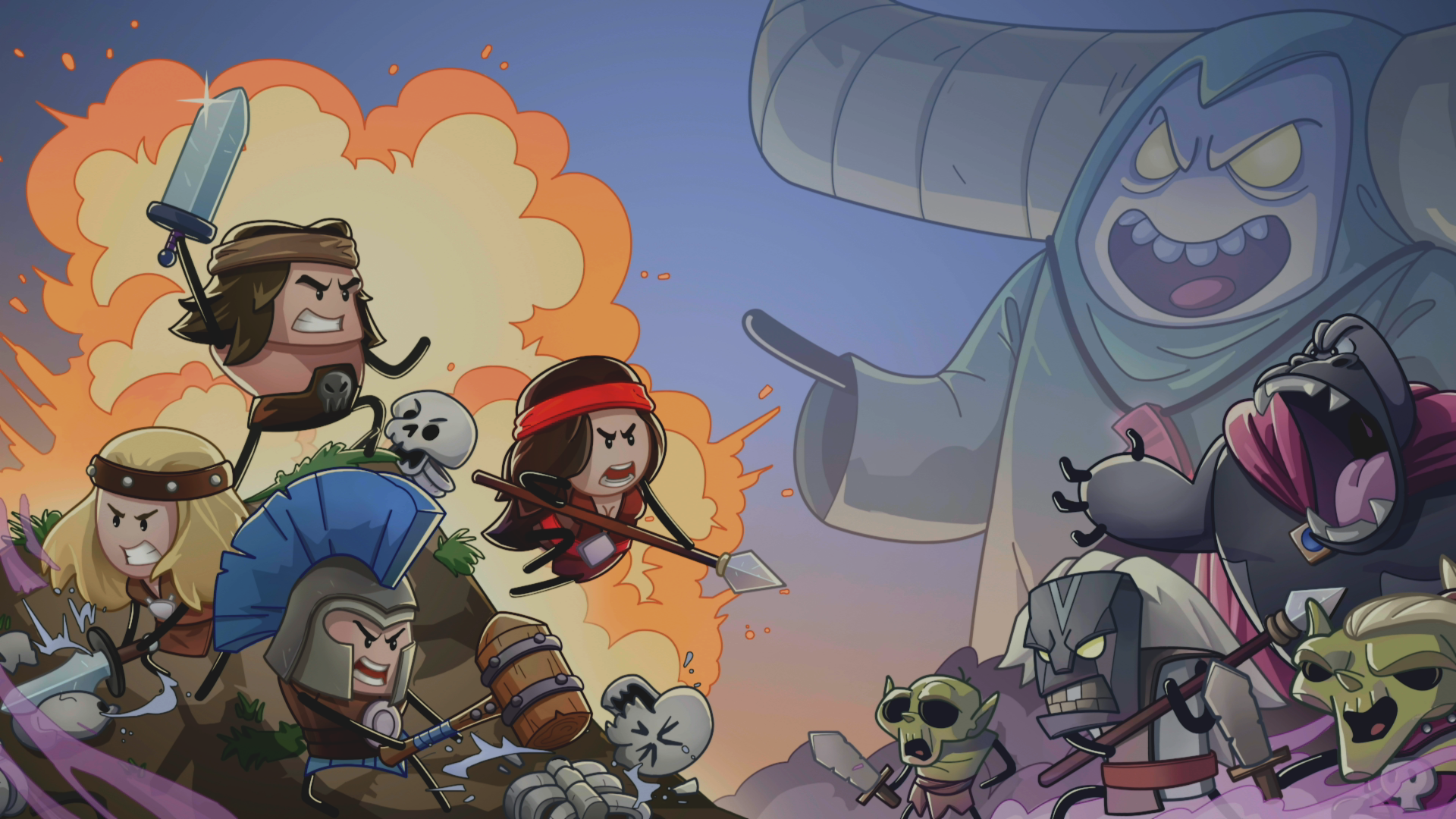 Perhaps one of the most enjoyable gaming traditions is silly April Fool’s Day announcements. Some are fun, others a little weird, with a few being far more detailed than you’d expect as a joke. One such example is, surprisingly, Conan Chop Chop. The initial idea behind it was pretty straightforward. Take the beloved Conan franchise, one known for its incredibly detailed protagonist, and simplify him to little more than his basic attributes. It’s a modern take, some might even say satire, that made the idea fun. Seeing the potential, Conan Chop Chop was later announced as a real game, was delayed, and is now finally available. Does it live up to the premise or was it better as a concept?

Right off the bat, Conan Chop Chop makes the wise choice to build off the art style. In a lot of ways, the narrative reminds me of the amusing Harley Quinn series. Instead of relying on established histories or retaining the depth of the source material, Conan Chop Chop goes with caricatures. None of the iconic enemies featured are as threatening as the source material, nor is Conan or any of the other protagonists. Unfortunately, outside of a small handful of cutscenes, this is conveyed through antics and comical art style.

Outside of a brief explanation of the situation, basically, an invitation for heroes to fight a small handful of notable antagonists from series rich history, it moves to a rather straightforward roguelike. In a lot of ways, it is reminiscent of The Binding of Isaac or any number of games inspired by it.

You play as one of four heroes, each with their own unique special attacks, a level system that gives them various advantages and is asked to defeat four bosses. This needs to be completed in a single run, though there is a passive save system that avoids issues like people had with Returnal at launch, with various weapons, armor, and modifiers to do it.

Part of the fun is seeing what your luck looks like. Initially, the items available are pretty simple. Fast or slow, armor that boosts a specific weapon, maybe more health from using a healing item, with later unlockable ones offering more variety. There are also some quirky ones like I personally enjoy the AI partner. Not only do they distract enemies, every time the slime or chicken respawn they cycle through various looks. Sometimes they have a helmet or hand sticking out, which makes for a nice visual gag.

Adventuring through the world is far from complicated. Most rooms are roughly three to seven enemies, each with its own gimmick. Later areas tend to adjust their gimmick, making for a fairly reasonably learning curve. One such enemy is a mage who teleports, with one doing an attack around them, with the other doing an attack around you. Mistakes will happen, death will occur, with this all being an invitation to try again.

It’s a lot of trial and error, something you’d expect from the genre. What makes Conan Chop Chop a bit better is the ability to play with others locally or online. Up to four players can start an adventure to see if they can come out on top, something that makes the experience even more accessible.

The only downside with multiplayer is drops and other resources are shared. It’s incredibly common for a single player to take the best gear, even if it doesn’t match their play style, or someone can force the team to go a specific direction. But there are also some advantages, like more people buying supplies shows more potential items for everyone and death is not the end.

There really isn’t much to say about Conan Chop Chop. It’s a cute take on the beloved Conan the Barbarian franchise set around a fairly cute rogue-lite. Fans of the genre will likely enjoy it, though it in no way attempts to reinvent the wheel. Online is also a strong selling point for some, as is couch co-op, but outside of that, it comes down to how you feel about the genre.

[Editor’s Note: Conan Chop Chop was reviewed on PlayStation 5 and a copy was provided to us for review purposes.]

Online and offline co-op is welcome

Humor and art style is delightful satire for the beloved franchise

Runs can be rather long

Rather shallow, with stats making up most of the differences