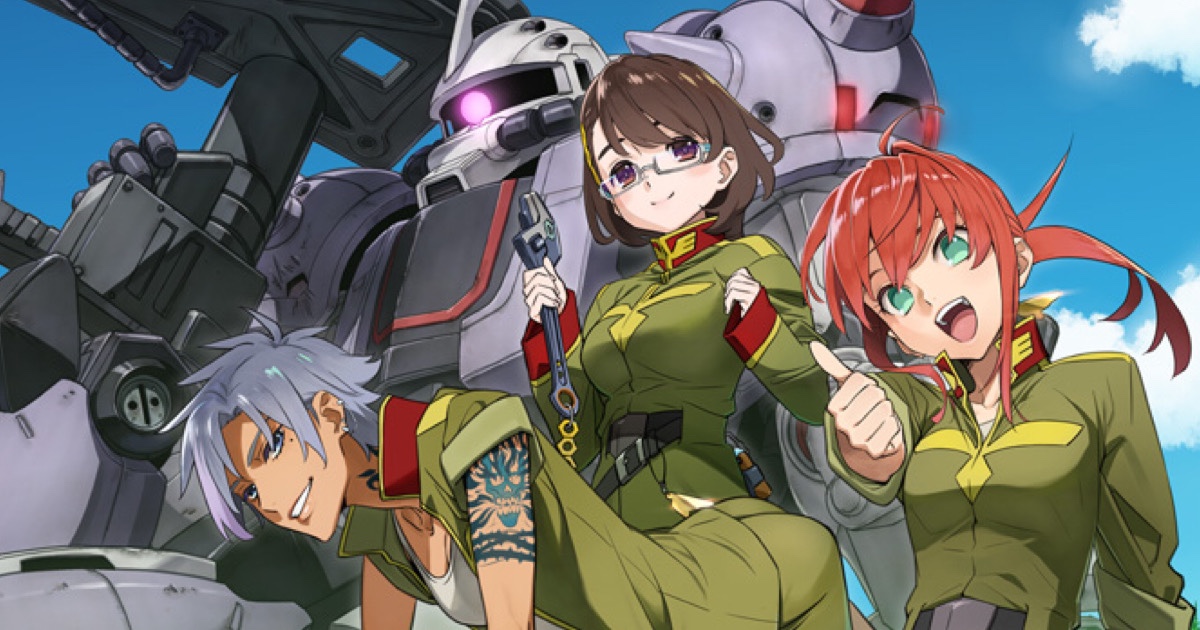 It’s impossible to overlook the impact Mobile Suit Gundam has had on anime and in some ways the world. While it wasn’t the first series to involve robots fighting, it found a lot of success by tying those elements to a war between two factions. There is the Earth Federation, who we follow in the original and many versions, with the oppressed and sympathetic Zeon. Gundam did a good job of giving both sides characters to fight for and reasons to view one or the other as either good or bad. Mobile Suit Gundam Battle Operation Code Fairy takes us back to Universal Century 0079, the same time period the original Mobile Suit Gundam takes place, with a new cast of characters under the banner of the Principality of Zeon. With the Zabi family in charge, mysterious characters making an appearance and the start of a new story, does Mobile Suit Gundam Battle Operation Code Fairy Vol. 1 draw fans in, or does it fall short?

Episodic games are always hard to review because it’s impossible to gauge how the story will progress and certain chapters will simply score lower. In the case of Mobile Suit Gundam Battle Operation Code Fairy Vol. 1, there is a strong focus on introductions, set up and it honestly fails to really establish what it wants to accomplish. This isn’t a great look after the first five episodes of a 15 episode series, but there are distinct reasons for this.

The adventure begins with Alma arriving at a building and being introduced to the Noisy Fairy division. This all-female squad under the Principality of Zeon was founded by Degwin Sodo Zabi’s daughter Kycilia Zabi, with Killy “Harpy” Garrett (Gallet) set as the leader. Under her is a ragtag group of soldiers, Mia, Helena, Irmela, Barbara, and leader/player character Alma. Even though the group was founded sometime before your arrival, Killy quickly sends Alma to battle and establishes her as leader of field troops.

Slowly certain storylines start to come to light. Alma struggles with coming into her own as a leader, something Killy succinctly describes as leading them through conflict with a level head; Mia has feelings of inadequacy; Earth Federation Forces hostile forces, with one member, Lilith, having a personal score to settle. Oh, and, of course, Killy, Barbara, and a few others tease political elements the franchise was established on.

Where things get complicated isn’t just that Mobile Suit Gundam Battle Operation Code Fairy Vol. 1 is an introduction, with each chapter featuring a tutorial on gameplay fundamentals, it’s telling what it’s hoping to accomplish. While this is a Gundam game taking place alongside the original storyline, it both does and does not feel like Gundam.

Most scenes with the crew could honestly fit in any franchise/genre. The storylines are fairly universal, the girls sometimes feel like stock anime characters, with even one chapter ending with a Halloween party. At the same time, Killy has existed in some capacity in the Gundam universe for ages, with a lot of the plot being dictated by key events. Garma Zabi’s death is prominently mentioned, it’s all but confirmed Alma is a newtype, Flanagan is mentioned, and so forth.

Unfortunately, based on what is currently available, it’s hard to pinpoint where exactly the story wants to go. It seems likely we will continue to see the cornerstones of Gundam framed around girls overcoming and likely empathizing with the enemy on some level, though time will tell. As of now, it’s an introduction that teases more interesting things to come, assuming gameplay resonates with you.

The best way to describe Mobile Suit Gundam Battle Operation Code Fairy Vol. 1’s gameplay is slow but calculated. Instead of being a fast-paced game where a sword can cut down countless enemies, players need to follow objectives,  outplay their enemies and command their way to victory. This is partially done through an affinity system where one type of unit is better and worse than the other types and knows how to handle a situation.

Sometimes you’ll want to use one type of weapon or attack, followed by another. A good team can stun-lock enemies, just like a bad move can get you to stun locked, with the goal often being diversity. It’s best to cycle between weapons during reloads, along with being mindful of cooldown periods. These two elements make fights a bit longer, along with punishing mistakes. Missing a swing will leave you open for two seconds, a shotgun blast does for four seconds, with reloads taking even longer. As a result, it won’t appeal to everyone.

Making a simple mistake, even on normal, can result in a suit dealing 50 percent or more damage to your unit. Several stages also need to play out as planned, otherwise, it’s incredibly easy to get overwhelmed and die. This would be manageable if progression was more straightforward.

Every unlockable is tied to optional objectives in story mode on normal/hard or through simulations (optional stages). Without doing those objectives, which are honestly pretty straightforward as long as you can win the stage, players will be weaker. Often times it’s best to play for specific items, use those to make later stages easier, and repeat. This will appeal to some, though the base really isn’t there.

The hard part about the introductory chapter is starting with a bang. It doesn’t feel like the story actually starts until the very end of Mobile Suit Gundam Battle Operation Code Fairy Vol. 1, with gameplay that is simply not appealing enough to carry the rest. As a result, this is going to be an experience, at least in its current form, that appeals to a very small set of people. Maybe if you’re a fan of the Gundam Battle Operation series, otherwise I’d wait to see how the second volume goes.

[Editor’s Note: Mobile Suit Gundam Battle Operation Code Fairy Vol. 1 was reviewed on PlayStation 5 and a copy was provided to us for review purposes.]

Hints at a more interesting conflict to come

Gameplay is slow and punishing

Only hints at better things to come

Very short, with only a couple story missions and a few additional ones

Final Fantasy VII: The First Soldier gets a release date