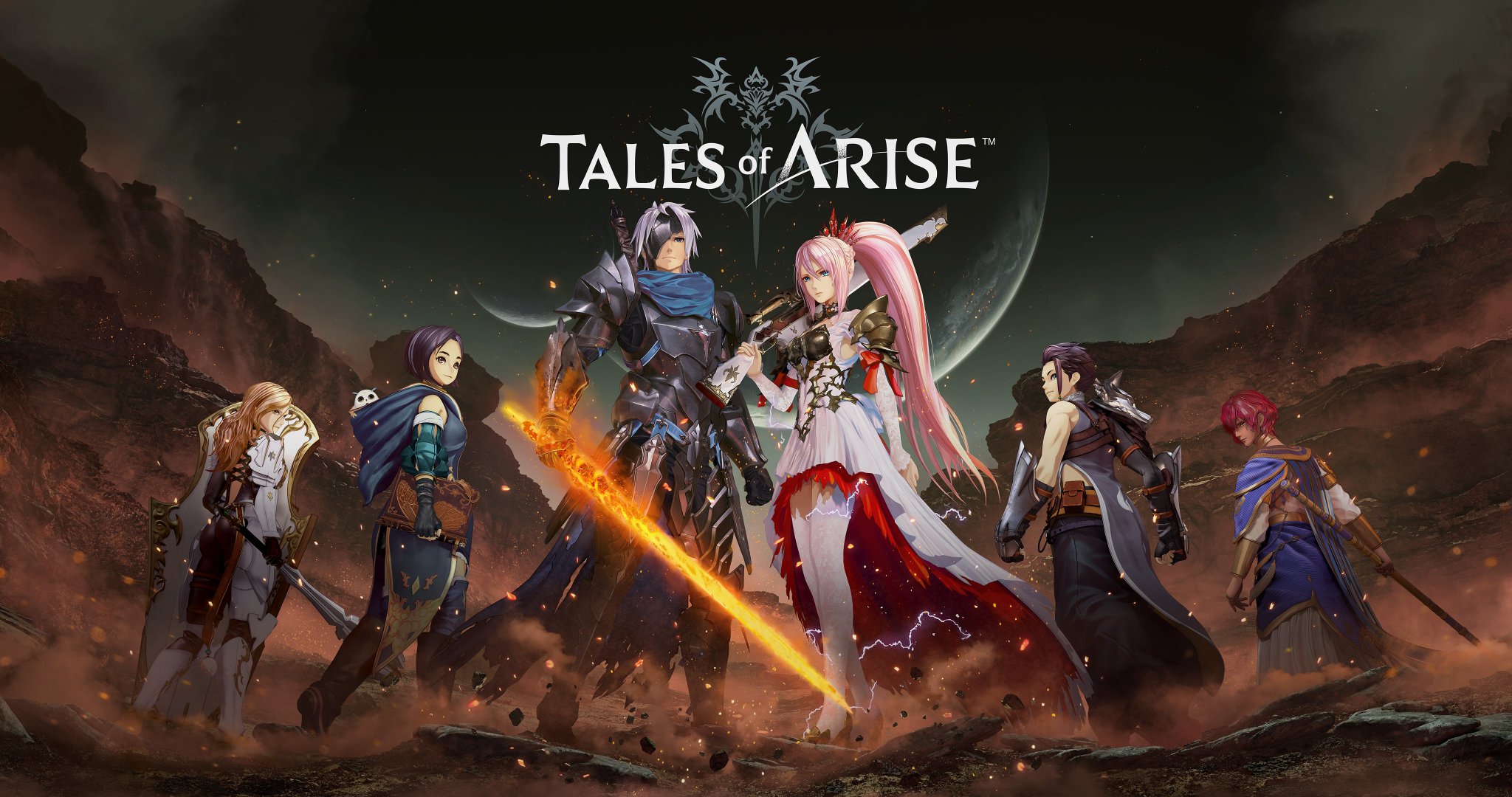 Tales of Arise takes place in the divided worlds of Dahna and Rena. Due to Rena having a number of technological and magical advancements, they take resources from Dahna and treat them like slaves. The two protagonists, Alphen, a native of Dahna, and Shionne, a young woman from Rena, team up for their own reasons to free the oppressed people. These differences will be explored in the story, resulting in unexpected conflict and problems that will be explored through the adventure.

As with all Tales games, the story takes about 10 hours to get going. Each of the characters that join both Alphen and Shionne has something to share be it emotionally or through gut-wrenching moments. The game will take roughly 50 to 60 hours to complete, depending on the extra things that you get to do, which is a lot in this game compared to its predecessors.

Optional skits return to Tales of Arise, giving players the chance to explore some of the side characters and stories they come across on their adventure. All skits are fully voice-overed and have a new comic book delivery style, similar to Scarlet Nexus, that makes them more engaging to experience.

The greatest strength in every Tales game is combat and with Tales of Arise, it’s a lot better than previous entries. Still focusing on the Linear Motion Battle System that started in Tales of Phantasia, Bandai Namco improved it this time with a heavy emphasis on evading and countering. Not only does Tales of Arise feel like you are playing an action game, but it also features very flash moves from the various characters in the game.

Another addition to the combat in Tales of Arise is the use of Boost Attacks. Whenever you are in battle, other characters in the party can jump in and delivering a blow that downs an enemy for a short while, provide a buff to the party or interrupt an enemy’s casting of spells. Building Boost Attacks will allow characters to perform a special attack that deals massive damage. Also, Mystic Artes make a return by delivering a stylish animation while delivering huge damage to enemies.

As you master the improved combat system, you can put your skills to a test by hunting down rare Zeugles, Renan engineered monsters that appear all over Dahna. There are a decent amount of rare Zeugles that you can take down and when you do, it rewards you with rare items and materials that you can use for your characters. The game pretty much starts off easy but it gets tougher later on as you fight these rare Zeugles. As far as how the monsters or Zeugles are designed in the game, you will see that monster designs are pretty much rehashed and lack variety.

Skill Panels play a huge role in strengthening your characters in the game. At every title that you get to unlock from doing certain things like subquests or reaching a certain point in the story, it gives out certain skills that you can unlock by spending Skill Points, or SP, that you acquire from doing various activities in the game.

Exploring is heavily encouraged in Tales of Arise as there are a lot of things to collect. With the ability to cook making a return, gathering ingredients is very important. Not to mention, there’s weapon and accessory crafting as well that need materials from either enemy that you defeat or mining areas throughout the map. Unlike in previous games where the areas to explore are small; expect Tales of Arise to introduce some of the biggest maps with a lot of things to uncover.

Aside from going through the main story, there are over 50 subquests in the game that you can do, which can add a ton of hours to your playthrough. These subquests vary from simply slaying a monster or bring back a certain item to the quest giver. Completing sidequests gives out items, cooking recipes, gald, and SP, which is very useful in strengthening your character. Additionally, you can have a farm in the game in which you can raise livestock and use them as ingredients to your cooking such as chicken, pork, beef, and horse. There is also fishing in which catching a certain amount and sizes will reward you with rare items. There is pretty much a lot of things to do in the game that can get you sidetracked from the game. Not to mention, the infamous arena makes a return for anyone who wishes to fight waves of enemies in the game.

Dressing up characters in previous Tales games sure is fun and in Tales of Arise, Bandai Namco brings it back with a lot of customizations for your each of the character. If you are not into purchasing the Costumes from the shop, there are a plethora of costumes and accessories that you can unlock. Costumes and accessories can be unlocked by either doing subquests, reaching a certain point of the story, or finding Owls in the game, in which every owl that you find will give accessories such as glasses, devil’s wings, and more.

Being a next-gen title, the game delivers when it comes to aesthetics. The world of Tales of Arise looks lively and colorful thanks to its new graphics shader inspired by anime and watercolor painting. From character designs through the different areas that you get to explore, the vibrant visuals really stand out here. Bandai Namco did a phenomenal job utilizing Unreal Engine 4 in delivering one of the best-looking JRPGs to date.

When it comes to performance, Tales of Arise runs close to perfect. Loading times are a thing of the past when battling enemies as the game loads up right away. Frame rates are stable regardless if you are playing on PC, Xbox Series, or PS4. For those who are playing on PS4, the game is locked at least 45 frames per second at native 4k Resolution by toggling Graphics Mode whereas the performance mode downsized the resolution at 60 frames per second. Though for the PC version, players will have different graphics options they can toggle, which of course, the better graphics card you got, the best performance you will get. PC players can play up to 144 frames per second, with also an option to increase dynamic resolution.

If there’s one problem that I find when it comes to the performance regardless of what platform you play, that would be the pop-ins that happen frequently. While it doesn’t deter you from enjoying the game, it can be annoying at times.

Tales of Arise is definitely a JRPG that many fans of the genre have been waiting for. From its great cast of characters and perhaps the best and intriguing storyline that the series has seen in quite some time. Improving its linear motion battle system makes combat more fun and with a lot of things to do, there isn’t a single moment where you’re not busy.

[Editor’s Note: Tales of Arise was reviewed on PC and a copy was provided to us for review purposes. The game was also tested on PS5.]

Literally a lot of things to do

One of the best looking JRPGs to date

Pokemon Unite makes Blissey even stronger in the latest patch