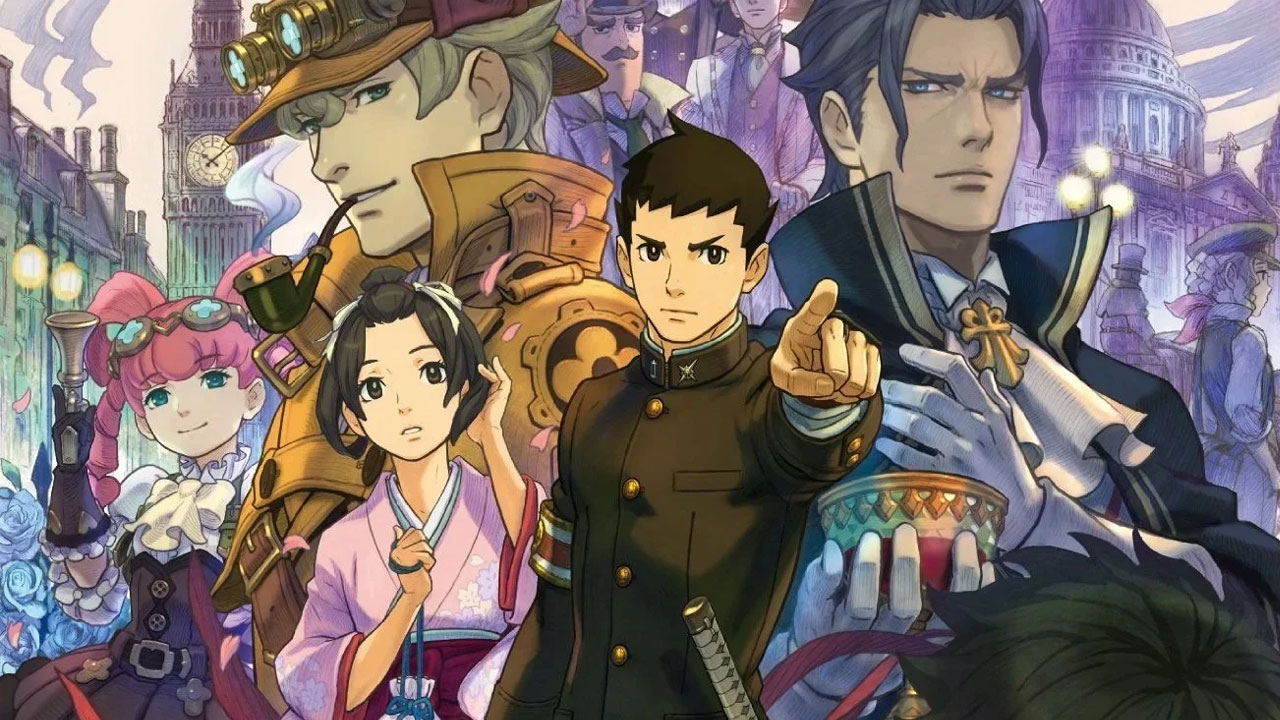 Among the plethora of visual novels that have been released on consoles and handhelds, very few are as notable as Phoenix Wright. The quirky series followed a goofy lawyer who found success against a number of different challenging cases. While the series continued with Apollo Justice and later continued beyond that in Japan. The latest entries, acting as a prequel, cover Phoenix Wright’s ancestor, Ryunosuke Naruhodo, a student with a strong sense of justice. With the template in place and a new setting to explore, was The Great Ace Attorney: Adventures worth the wait, or was it better players never saw where the series ended?

Engaging cases and quirky characters from start to finish

Both games in The Great Ace Attorney Chronicles follow the story of Ryunosuke Naruhodo, a young Japanese student who is starting out as a student of the local university in the post-Meiji era of Japan. Not having the determination to be a lawyer at first, Ryunosuke is forced to defend himself in a trial where he is accused of murder. After winning the trial and found not guilty, Ryunosuke journeys through London to study. On his adventure in becoming a lawyer, Ryunosuke will face a lot of tough trials and investigations ahead.

Ryunosuke Naruhodo is an ancestor of the famous Pheonix Wright. From the first episode until the end of The Great Ace Attorney Chronicles 2, players will see Ryunosuke grow from being a rookie lawyer to the best lawyer he was known for. Similar to past games in the series, fans can look forward to a great telenovela-like story, mysteries, fun-filled cases to solve, and witty conversations from a new cast of characters in the game.

Diverse characters that makes the game even more fun to play

In the ten episodes of The Great Ace Attorney Chronicles, Ryunosuke will be assisted by his legal assistant Susato Mikotoba. Players will see both characters team up from investigating a crime to defending someone in court be it Japan or Great Britain. The great scriptwriting and story will keep players engaged until they see how each episode ends.

Just like in other games in the series, each of the episodes could take around 2-4 hours depending on how players investigate everything they see, analyze the evidence in the courtroom, and read the endless texts in-game. While the visual novels can be tiring at times to read from start to finish, players can save at any moment of the episode and load their game right where they left off. There’s also a history section where players can backtrack to what was said in-game.

In terms of gameplay, players will be going through a total of ten episodes in both games. After finishing the first episode, the succeeding episodes will be unlocked where players can jump from one episode to the next. Please note that each episode goes chronologically and the story is connected.

As soon as players enter the courtroom, players will see conversations between the prosecution and defense. After hearing testimonies, Ryunosuke will have an opportunity to cross-examine the witness. The objective in the game is to prove that the witness is lying and to do so, players must find evidence and present it to the judge. If at some point players are presenting wrong evidence to the court several times, a guilty verdict may be reached and that indicates game over.

In the first episode, players will get a glimpse of what the court drama will feel like. Once players get past the first episode, the game will open up to investigations in other places, and moving from one place to the next in order to find evidence for the trial.

To add flair to the courtroom drama of the Ace Attorney games, the Dance of Deduction or Logic and Reasoning Spectacular is a new feature in The Great Ace Attorney Chronicles. With a new character being introduced in the prequel games, Herlock Sholmes is an Englishman detective making logical inferences to come to a conclusion when helping out Ryunosuke solve a case. Whenever Sholmes comes down with a conclusion that may not seem logically correct, players can replace certain words or phrases with the correct ones.

Present compelling evidence to get the jurrors on Ryunosuke’s side

Additionally, there’s also a new feature called Summation Examination introduced in the game which plays similar to the cross-examination part of the courtroom drama. Instead of a judge being the only one to pass a verdict to a case, there are now jurors that Ryunosuke needs on his side. When players find contradictions to the statement of the witnesses, Ryunosuke will get a witness. The more juror players get, the high chance a not guilty verdict will be reached.

When The Great Ace Attorney Chronicles first debuted in Japan, it was released for the Nintendo 3DS. Now that it is out for consoles and PC, the graphics have been enhanced to make it visually appealing in HD. For players who are on PC, players can play the game up to 4K. There are however limited graphics options in-game, but then the game is not heavily demanding when it comes to the graphics cards. As far as voice acting goes, there are very few that are in the game and they are pretty much just the intro of each episode. There are no voiceovers in court cases or investigations except for the part where characters Object, Hold It, Shut Up, and more.

The Great Ace Attorney Chronicles will most likely match what players expect from the franchise. They’re strong adventures with an emphasis on storytelling. Players know who did what and the journey from suspect to clear of all claims is certainly enjoyable. Toss in some engaging gameplay segments and it’s the type of adventure that will appeal to what fans of the franchise love.

[Editor’s Note: The Great Ace Attorney Chronicles was reviewed on PC and a copy was provided to us for review purposes. Another version tested is the PS4 version as well.]

Dance of Deduction is innovative and feels new

Some of the cases can be a bit dragging

Cheesy and can be melodramatic at times

The Ascent - How to Apply Weapon Skins