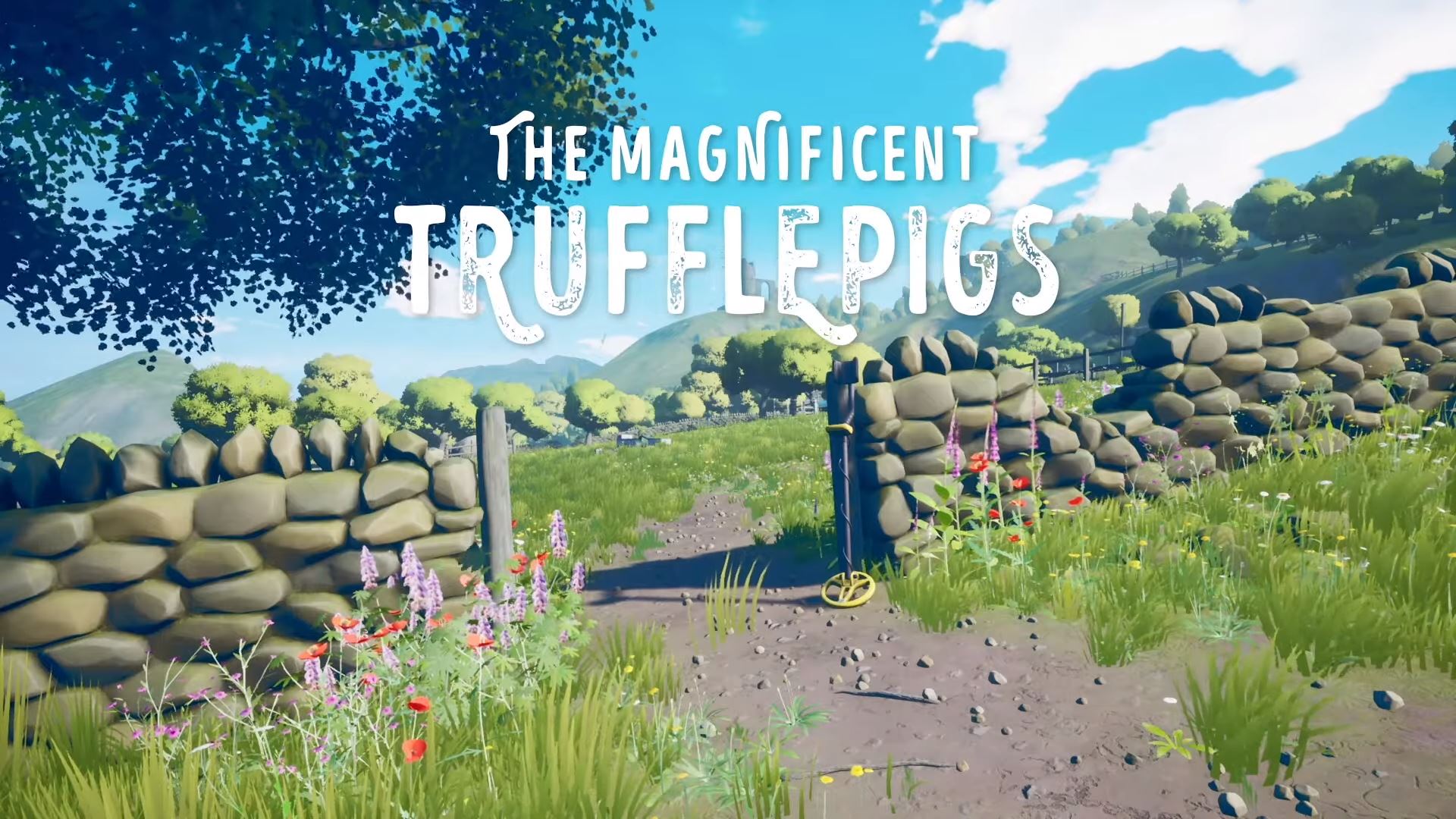 The Magnificent Trufflepigs is a first-person, romantic, metal-detecting game; at least, that’s what the first line of the steam description says. After playing through the game twice in a single evening (a must to unlock all 15 achievements) I don’t know that I would consider this a romantic game. Even though most casual walking simulation games are relatively short, is this two-hour game worth the price of admission? The answer to that question is a bit difficult to explain.

Here’s the thing, if you enjoy short narrative heavy games, then then you don’t want to miss this one. In the Magnificent Trufflepigs the game opens up with Beth, voiced by Luci Fish, having an in-depth phone conversation with her friend Sally, discussing the future of a small farm. It’s made very clear that Beth is upset that the farm is being sold and restructured as she will forever lose the chance to find a local treasure from her childhood. As Sally denies her request for help, Beth opts to contact the other main character in this story, Adam voiced by Arthur Darvill.

This is where the Magnificent Trufflepigs gets a little strange as Sally clearly thinks it is not a good idea for Beth to contact Adam. Sally’s objections are vague enough to leave the player wondering “What’s wrong with Adam?”

The banter between Adam and Beth at times felt like long long childhood friends who lost touch. Other times felt like sibling bantering, and every now again, even felt a bit romantic. The voice acting is phenomenal and really needs to be heard to understand.

There were times where I felt like I was on the precipice of something incredible happening, or it felt like the conversations between Beth and Adam were foreshadowing leading to something terrifying and then it turns out that I was just letting my imagination get away with me. Much like how we seem to search for something amazing or fear the unknown in our every day lives, when the truth of the matter is that we are all just ordinary people, living our ordinary lives. That is, until you get towards the end of the week. Now I’m not going to spoil anything for you, as this is definitely a story that needs to be experienced.

The only thing more impressive than the story in the Magnificent Trufflepigs, is the scenery. After a long day of work, it felt nice being able to sit back and walk in the fields overlooking the beautiful village of Stanning. Between the wind turbines in the distance, to the graveyard behind the church, there are plenty of visual treasures to uncover alongside the ones buried in the dirt.

The Magnificent Trufflepigs does an excellent job at not bogging the player down with a ton of mechanics to have to juggle and keep track of. At the same time it delivers a crisp, clean, story with plenty of layers that will have players debating for some time after. Even though one of the unlockable achievements make it pretty clear, I could still see some arguing otherwise. With the top tier voice-acting, short time requirement, and low cost of entry (currently $11.99 on Steam, this game is definitely worth playing for any fan of the genre.