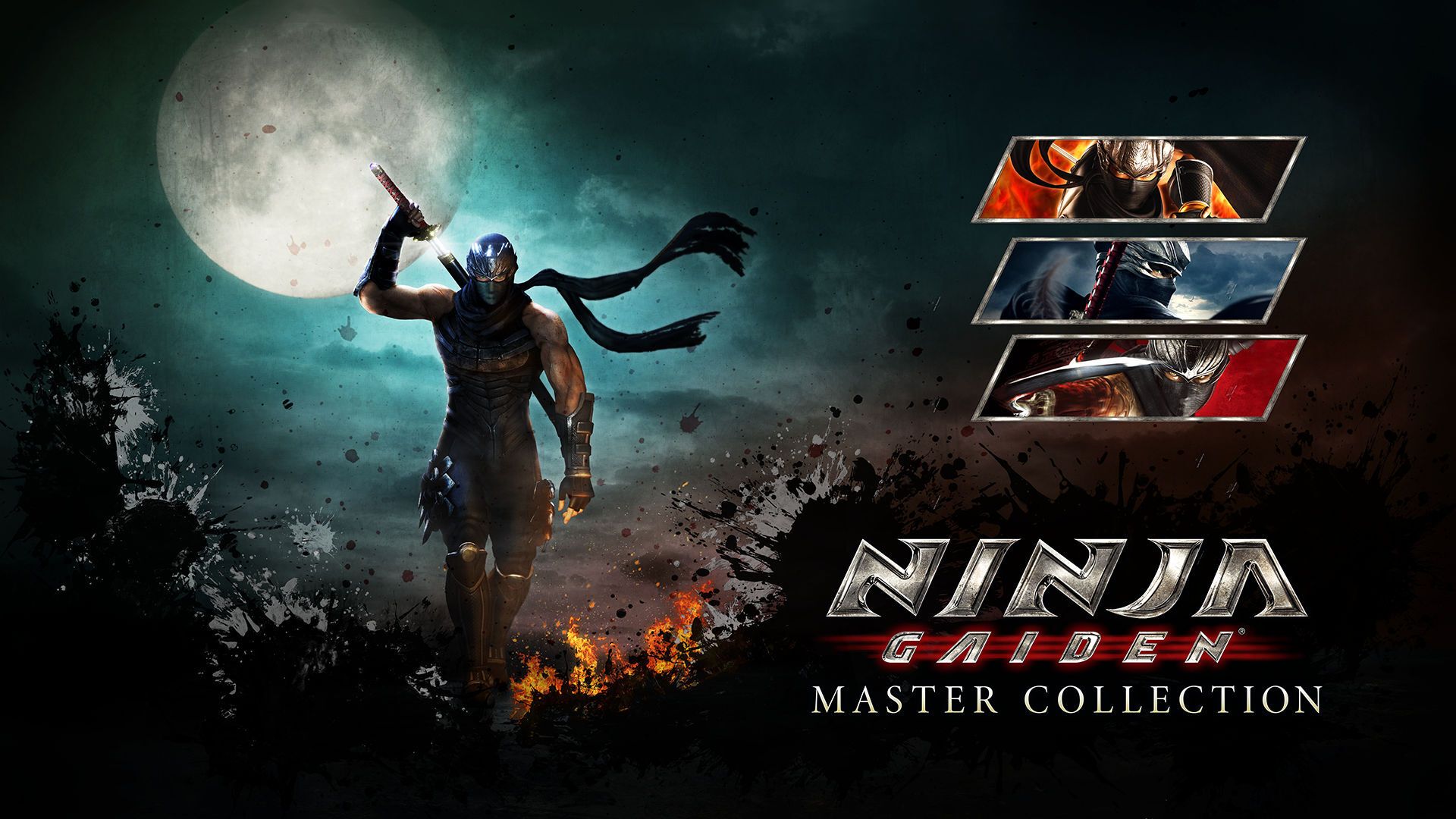 For years Ninja Gaiden has been my go-to example on how a reboot should be done. The original side scrollers were morphed and changed into a brutal hack-and-slash game that featured untold levels of difficulty. It managed to modernize the experience while retaining the spirit. The follow-up, Ninja Gaiden 2, further refined the concept, offering some quality of life improvements. As for Ninja Gaiden 3, it is a bumpy ride trying to capture a larger market at the cost of its dedicated fanbase but still caps the trilogy off just fine. With some time passing since their original release, Koei Tecmo decided to port the trilogy in Ninja Gaiden Master Collection, but are they worth playing? Here’s our Ninja Gaiden Master Collection Review.

While Ninja Gaiden was never about the story, each story does have a certain charm. In the first adventure, Ryu Hyabusa learns of an attack on his clan that has resulted in the Dark Dragon Blade being stolen. There are some twists and turns before he can locate it, resulting in a rather climactic finish. In the sequel, Ryu needs to fight through hostile Black Spider ninjas and powerful fiends to prevent the resurrection of the Archfiend. Even if this is a simple task for the powerful ninja, he will need to act fast to prevent things from getting out of hand. The adventure continues in the final chapter, Ninja Gaiden 3: Razor’s Edge, Ryu has to finally end these hostile forces to save the world.

These very brief overviews really don’t give the experiences justice. It’s a high octane ride where fascinating bosses, crazy locations, and brutal foes will push both you and Ryu to their absolute limit. That is, assuming you can get through the adventures.

For better or worse, the franchise hasn’t aged as well as one might hope. Dated designs, okay camera, and antiquated concepts are all present in Ninja Gaiden Master Collection. This is part of what gave the earlier titles their difficulty. Certain locations have infrequent save points, sometimes the camera doesn’t give you the best field of view and the learning curve is insane.

Even trying a one-star ninja trial in the first game with no practice is a good reminder of why Ninja Gaiden Sigma is considered a difficult game. Enemies are more than happy to overwhelm your defenses and exploit your openings.  Thankfully, the story isn’t as bad, though expect to lose and expect to lose a lot.

Naturally, this unapologetic difficulty is what leads to the disconnect with the third title, but it makes beating them even on normal feel like an accomplishment. Things like cameras can be mastered because Ninja Gaiden Master Collection is more about proficiency than anything else. The ability to isolate threats, overwhelm specific enemies, and know how to counter their attacks is what makes the experience so rewarding. Most encounters simply can’t be brute-forced.

Enemies will find openings and health isn’t terribly easy to come by. Enough skill can make up for bad tactics, so don’t feel like you need to improve, though it’s this type of knowledge that also makes the trials doable. Knowing when to throw stars to stop an enemy attack, use Ninja Arts to burn or damage foes, or simply slice a man in half. It’s brutal and fun, with it becoming more refined as we get further in the franchise.

While Ninja Gaiden Master Collection retaining the original experience is a good thing, it can be argued it retained too much of it. Menus, graphics, and detail look fuzzy and quite a bit dated. These are much closer to straight ports, a choice that is logical given the price, but something players should consider. Nothing game-breaking, just feels like you’re playing a previous generation game.

Overall, I’d say Ninja Gaiden Master Collection is a good reminder of why players enjoyed these games. They show their age and they could’ve done a bit more to update them, but these are still amazing experiences. It’s the type of game where, skill is as important as a tactic, with countless enemies to remind you why that is. Naturally, fixing some of these flaws would require a massive rework, along with destroying the original experience, so it really comes down to how much difficulty you’re looking for. If you want to put your skills to the test and give it your all, Ninja Gaiden Master Collection is a fantastic choice. However, if you want to look for an easier and more polished experience, you might break a controller or three.

[Editor’s Note: Ninja Gaiden Master Collection was reviewed for PlayStation 5 and a copy was provided to us for review purposes.]

High octane adventure that is exciting to play through

Many different weapons and ways to handle challenge

Trials will test the limit of your skills

Some of the graphics are rough