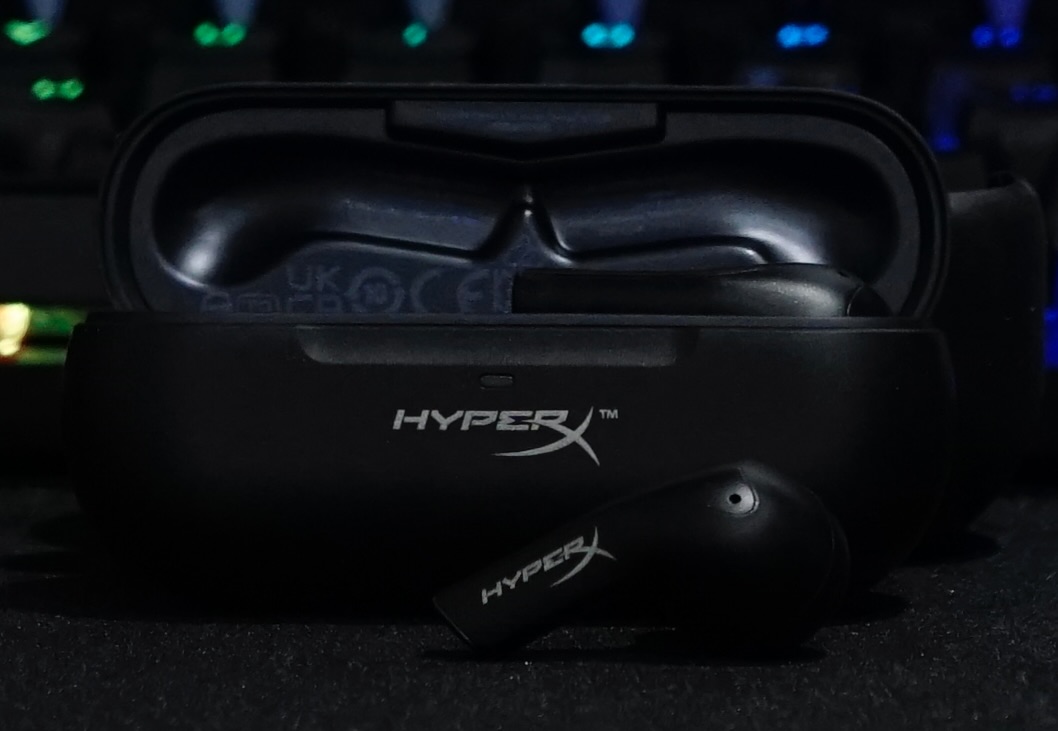 Entering a new product category can be extremely difficult. Even companies like Apple missed the mark with their original HomePod, which later found success as the HomePod mini. These choices can be good for consumers, as they increase options or give players more opportunities to experience things. This is the thought going into HyperX’s Cloud MIX Buds. With them offering extreme versatility and supporting things like wifi wireless modes, it sounds like a real winner. However, given the market, are they a must or do they fail to connect for the full distance?

Unlike a lot of HyperX’s products, Cloud MIX Buds are inspired by other companies’ take on true wireless packaging. While the front features the typical HyperX red and white color scheme, with some key pieces of information, the top lifts to give a nice first impression. Everything is clearly visible, accessories are easily obtained, there is a small area holding the manual, and it looks really nice.

Regarding look and feel, it’s hard not to be impressed with Cloud MIX Buds. The case is a rather unremarkable plastic, but it goes into a slightly larger silicon cover. This makes it a lot easier to hold, take on the go, or use. It also has some distinct benefits as well. One is that this could, potentially, result in cool covers, either from HP, HyperX, or even third-party companies, something that could really wow a lot of people. The bottom also goes slightly deeper than it needs to so it can securely hold the USB-C dongle in the USB-C charging port. It’s a small touch that helps make it a versatile and portable device.

The buds are about what you’d expect from a truly wireless headset. They’re thicker, matte, and plastic with a tip that goes in the ear. It comes in the usual sizes, in my case, the medium is fine, with a touch button on the outer top part of the buds. I personally had no issues with fit, though due to the shallower fit, they might not be particularly secure for someone else.

Setup can be a little on the frustrating side. While many of my other true wireless headphones pair when opening the case or pushing a button on the buds themselves, Cloud MIX Buds require the case open and the button on the back pushed. It isn’t difficult, though it isn’t the type of thing I feel is intuitive. This is important as you never know when you might want the Bluetooth functionality, and it might take you out of that moment. For anything with a USB-C connection, it’s just plugged and play for the most part.

The unfortunate thing about Cloud MIX Buds is that they don’t connect particularly well. I was playing Destiny 2, earning my Flamekeeper title, only to have them disconnect or be unstable sometimes. At first, I thought it was due to the increased demand for the event or possibly my connection, but it appeared when playing Live A Live. I had the right bud disconnect completely, so I had to do some slight troubleshooting to reconnect them, after which I had no further issues for that session. Later I wanted to use them when preparing dinner using Bluetooth, a test that typically goes so well I can leave my house and make it to my car, only for it to frequently disconnect when going outside my office and upstairs. It was never too bad, often a second here and there, but it can be underwhelming for anyone looking to use them around the house and away from your device.

The Included Station is a Nice Touch

Like most true wireless headsets, Cloud MIX Buds features a couple of touch controls through the aforementioned top button. Initially, these controls are play/pause with one tap, another will skip the current track, and three will go to the previous track. These change when receiving a call and become one tap to answer and two to decline/end a call. There is also a long press that mutes/unmutes the microphone. However, these can be customized through HyperX’s NGENUITY mobile app.

This app works on iOS and Android devices and makes editing Cloud MIX Buds really simple, though it could use more options. Except for activating the voice assistant, options are limited to the controls above or outright disabling. Thankfully, each earbud can be independently changed, meaning one can play the next track on two pushes and the other the previous one or however you want to do it. These elements also apply to the call controls. In addition to these, long touch gains the ability to increase or decrease the volume, a massive benefit for anyone looking to take these on the go. Remember that the controls can vary between apps I couldn’t pause/play when using YouTube via Safari on my phone, but Apple Music and other such programs worked as expected. The same app also offers some equalization changes, though it isn’t as precise as you might want, along with enabling/disabling ear detection (mutes when you remove an earbud).

A Brief Look at the iOS App

While this covers many external things, none of this matters if Cloud MIX Buds don’t perform particularly well. In terms of playing music or in-game audio, they did fairly well. Not as good as a more traditional headset, but it sounds like you’d expect from earbuds. I did notice some of the finer points were more muddled, with bass being a little punchy, but for more traditional games or story segments, you’re unlikely to notice it. For music, it’s a little more noticeable, though, for many songs, they simply lack the range you might find on a more expensive pair of headphones. They don’t get extremely loud, so you might be underwhelmed if you like blaring music, need it just to hear, or want to experience as much of the range as possible.

Mic quality is in a similar place. Next to similarly priced and positioned true wireless headsets, it is at comparable quality, though in a more hectic game setting, you might want something a bit more substantial. It’s a little echoey and distant, which can make it hard to hear or lose out on clarity.

Unfortunately, Cloud MIX Buds are a first attempt that feels exactly like that. Some of the quirks can be fixed in software updates, such as controls, with maybe even the connection issues being something they can iron out over time. As a result, the experience depends on what is important to you or your own experiences. When they worked, they were pretty good and felt like a great solution to anyone looking for a pair of headphones that works for every occasion. But, when they didn’t, even the minor annoyances hurt because there are so many other options that might not be as versatile but offer a similar experience without a hassle.

USB-C dongle ensures it's plug and play for Nintendo Switch, Android phones and a number of other devices

The small bump makes it extremely easy to remove after connecting

App is extremely easy to use and personalize

Connection issues and iffy range are an unfortunate combo

Some quirks make them a slight hassle next to similar products

Not the tightest fit around