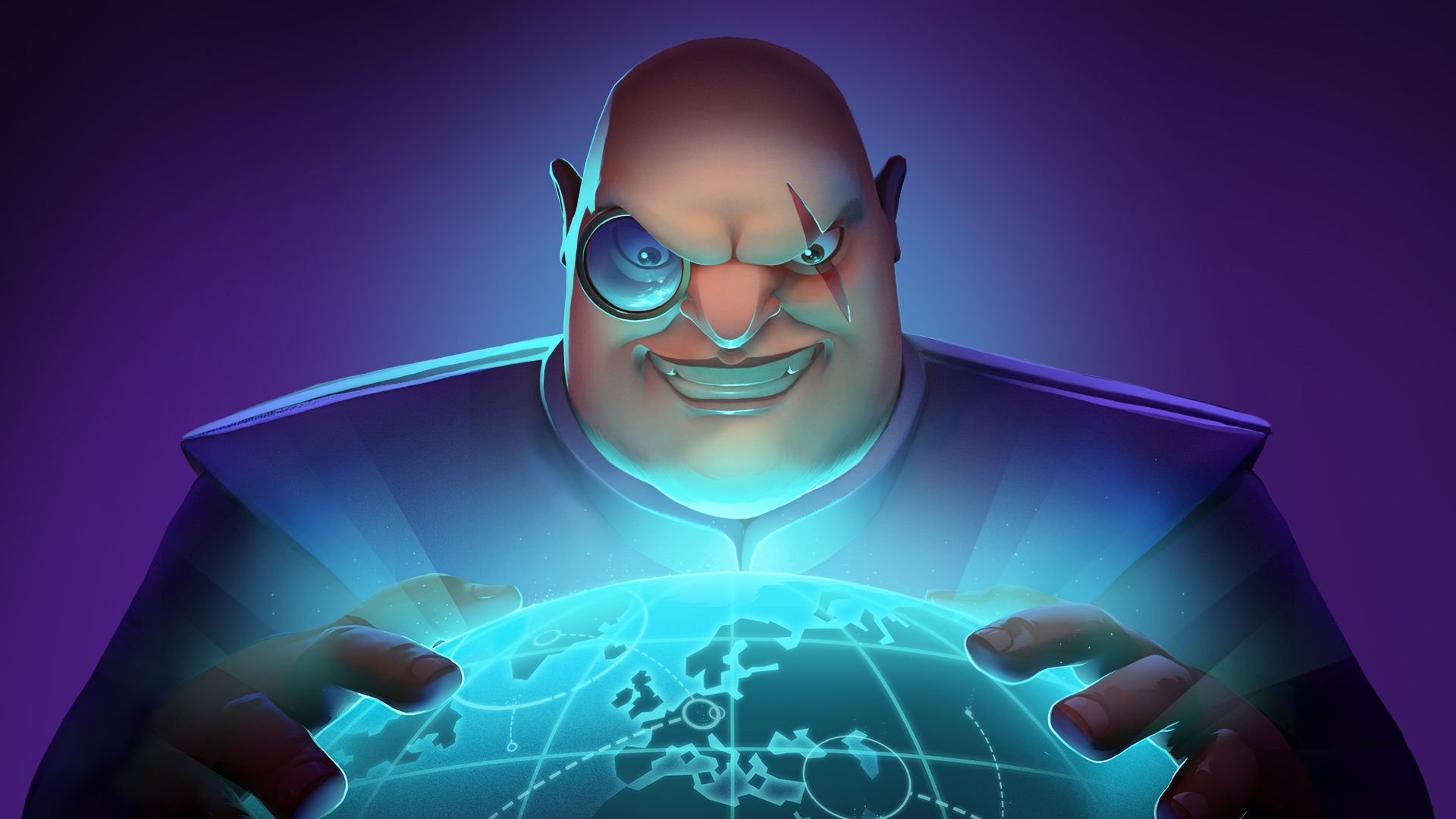 I can’t speak for everyone, but movies make James Bond-esque villains look fun. Just build a lair on the side of a volcano, hire some people, recruit a like-minded scientist or I suppose steal one and then try to take over the world. It sounds rather simple, mostly because it removes all the logistics behind it. Cost, resources, programs to build the ideal minion and so much more go into the actual hypothetical process. Evil Genius builds on this premise by making the core concept into a simulation. It proved successful, resulting in Evil Genius 2 offering an even grander scale. Fun premise aside, does the sequel offer enough to warrant revisiting, or does it offer marginal changes for a large investment?

There isn’t much to Evil Genius 2‘s story. You start by playing as Maxamillion and complete a number of tasks to build your liar to take over the world. Not much time is spent on why, not that it matters as the fun is your own desire for world conquest, but there is some quippy dialogue between Max and the announcer/minion directing you.

Much of the initial gameplay loop is defined by holding your hand through the whole process. As someone who doesn’t typically cover simulation games, it was helpful to get an idea of all the small quirks that go into the experience. Not just in the sense of knowing you need to build a housing area, food court, but the idea that you can’t just train everyone without going broke or mindlessly building structures without consideration for power. All of these elements play out and will offer some early bumps on your journey.

While the tutorial is helpful for newcomers, some might be put off by how firmly Evil Genius 2 holds your hand. It isn’t just vague objectives you need to figure out, you’re literally told to do this, followed by something else and it just continues until you have a somewhat running base of operations. This also plays into the gameplay loop itself.

For the most part, the experience comes down to doing a more advanced version of the previous thing. Start with a small operation and then research better ways to power, train, hold, interrogate and progress forward. Short term it’s just a series of roadblocks, with the long-term making it enjoyable, assuming you like changing up your base. I started with a rather vague design and then quickly moved to a far more complicated one. Ultimately this, like everything else, is yours to control but expect to constantly change the look, feel and design of your base as your criminal empire ideally grows.

Since this is a simulation game, controls are a little harder than they would be on a computer. Evil Genius 2 does an okay job streamlining the process. Key operations have a specific input bound to them and everything is designed simply enough to get things going. Even if you make a mistake, figuring out how to correct it can be as simple as resetting or just canceling part of the previous plan. It has a small learning curve but once you know what is expected you’re going to curse through the experience.

It’s Important to Protect Yourself from All Threats

Most times these bumps come from incorrect assumptions. Like when you’re told to move a hostage, it’s shown when you click on them, but it moves the box. You instead need to hover over the move option, even though that selection stands out. I also couldn’t simply move them with a cross, there was a different input that you’re told to use that completes the task. Harmless little things like this will come up and almost certainly will be overcome with time.

Those who like fast-paced experiences will also likely enjoy what Evil Genius 2 has to offer. Even at normal speed, there is a lot of emphasis on doing multiple things. To maximize the cash you’ll want to send minions to do schemes, essentially optional tasks on a faraway island, that furthers your operation either through presence, cash, or another resource. There is also a number of ways to speed up growth or further specific elements.

One of the Graphical Glitches I Encountered

Speaking for myself, I struggled with power, so I told my team to find a better power source, while also increasing their numbers, morale, and living conditions. There isn’t a set path towards world domination, it would be boring if there is, but there are an overwhelming number of ways to start your empire before finishing things off.

The idea behind Evil Genius 2 is certainly fun enough to carry the experience. I found myself constantly changing and rethinking my operation before it became too complicated to do so. It also rewards tactical players who understand what needs to be done and are willing to do it. Naturally, simulation games won’t appeal to everyone but if you want an experience that both overthinks a relatively small concept and presents it in a fun way, you’ll likely enjoy Evil Genius 2 in some way.

[Editor’s Note: Evil Genius 2 was reviewed on PlayStation 4 and a copy was provided to us for review purposes.]

Always something to do

Optional challenges and advancements will challenge your design

Ran into some graphical glitches

Controls have a decent learning curve

Long term fans might be put off by the intense tutorial