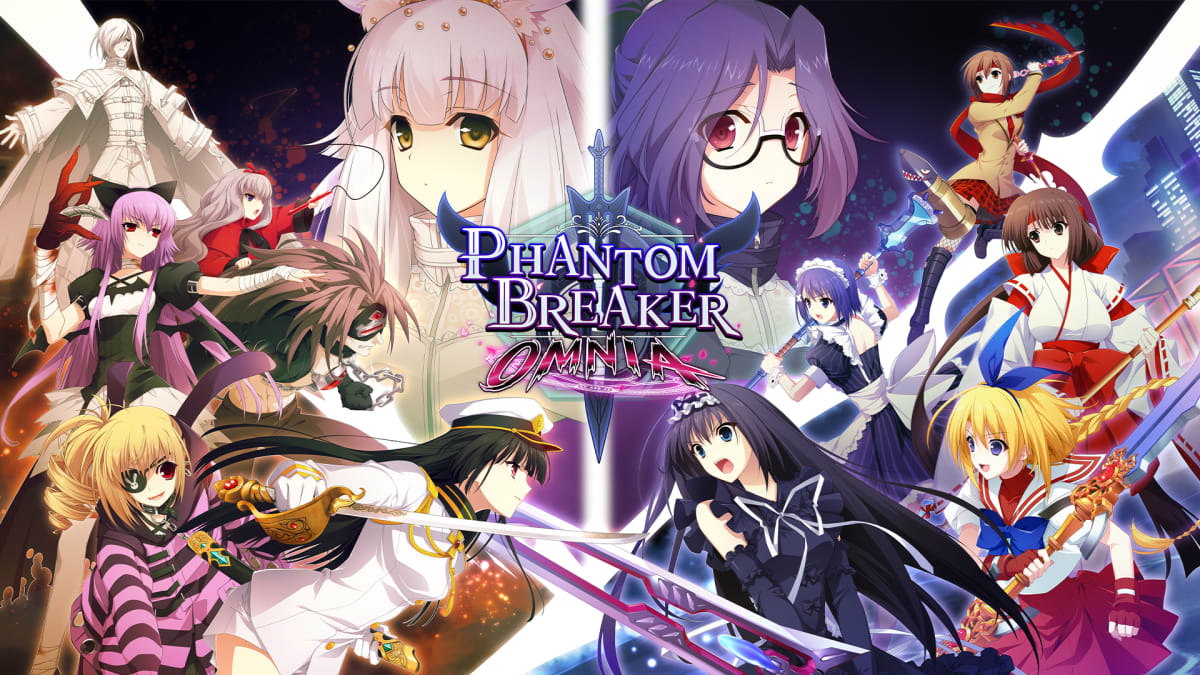 Recently a number of beloved fighting games have returned. King of Fighters tried to take the crown, Persona 4 enhanced an already solid base and now Phantom Breaker has returned with Phantom Breaker: Omnia. The enhanced title features a wide array of characters, including some guests from 5pb’s more recognizable science adventure series, with a story and more to explore. It has a lot of solid things on paper, but can it hold up to today’s standards?

Phantom Breaker: Omnia features a rather simple story. Each of the featured characters is fighting to have their dream fulfilled, with each story covering what that is, their journey to accomplish it, and some background on the world itself. It’s nice there is an attempt to explain why all these weird characters are fighting one another, especially since a lot of their stories attempt to explain how a normal person got there. That said, none of the stories are particularly shocking, with most offering some insight and then concluding.

This mode, like the others, all involves some kind of battle to progress forward. In the story, you won’t be able to select the style, but all the others offer it. The idea behind style is quite interesting. Instead of having a set character, players can select one of three different modes that have unique benefits, different specs, and other challenges. Players are also told how each character is meant to be played before a match. I wouldn’t say they’re absolutes like I played Steins;Gate’s Kurisu as a ranged character and did fine in a lot of situations, it’s just that her move set is designed for close-range technical play.

Fighting is a mixed bag. Out of all the fighters I’ve played, Phantom Breaker: Omnia is among the most floaty. Fights also seem to go rather long, largely due to characters having the ability to regenerate some health, with a more aggressive style being viewed as ideal. This is due to the combat system offering a climatic, anime-esque, hit system called clash, where the two attacks will collide until one of the two fighters gets ahead or the other backs off. It makes for a cool visual the first time but loses its charm long term.

Where Phantom Breaker: Omnia falls short is not lackluster combat or long matches, as much as the simple quality of life. When I review a fighting game I more so look for what casual or newcomers would want or like. The story, time attack, survival, arcade, and endless offline battles check some boxes, as does a good number of characters, it just isn’t easy to get into or learn.

Training has evolved a lot in fighting games to include basic combos, explaining the mechanics in length, to even offering challenges that teach specific skills. In Phantom Breaker: Omnia, it’s just the ability to fight against someone under conditions you set (they attack, move, max gauge, etc). Anyone who struggles to understand the game will need to look elsewhere for deeper explanations. In the game reference area there are some brief explanations of core mechanics, what things like clash do and more, it’s just very general, forcing players to figure out how they actually work or get an understanding of their usage.

Perhaps the most glaring omission is the lack of character moves on the pause screen. They can all be viewed via the in-game guide but if you forgot how to do one move or are struggling to use another, there is nothing to assist you. It can make learning a lot harder, especially since now you’ll need to pull up and/or print the guide to learn the basics when creating your combos in practice mode to survive against those online.

The various modes also feel rather out of place. Just playing through the arcade to get a feel for a character was rather long, well over the standard eight or so fights, with the average one eventually devolving into ranged attacks or far hitting, high damage, special skills. It offers a challenge, one certain character are way more suited for than others, making it likely to turn off some players.

At a time when fighters have come so far forward, Phantom Breaker: Omnia feels like it’s stuck in the distant past. Story and offline modes are nice, though the lack of quality of life and other industry-standard features certainly hold it back. Add in lackluster combat, which often feels floaty and without impact, and it’s a rough experience. There are some positives, line online functioned fine when I used it, it’s just hard to suggest the experience to anyone who wasn’t already a fan.

[Editor’s Note: Phantom Breaker: Omnia was reviewed on PlayStation 5 and a copy was provided to us for review purposes.]

Story mode gives a good view into the world

Lack of quality of life improvements

Sniper Elite 5 gets a release date